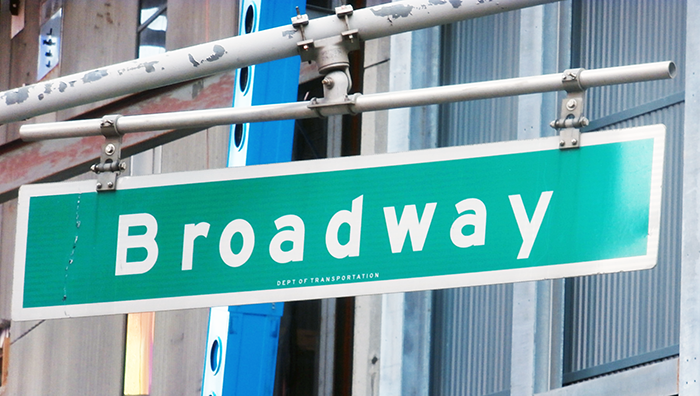 You really didn’t think I could do a NYC series without mentioning a little theatre right? ;) One of the many reasons I was so excited for this trip was the potential to experience some seriously incredible Broadway theatre! The Great White Way is a mecca any musical theatre fan and as luck would have it, not only would I get the chance to watch some great shows but I would also be in town for theatre-land’s biggest award night, The Tony’s!

I ended up seeing a total of three Broadway shows over the course of my time in the city!
The first, and one I booked way in advance, was Newsies. I’d been wanting to see this musical ever since their impressive performance at The Tony Awards back in 2012, I’ve also had a soft spot for the musical film since I learnt a few songs from it when I used to go to Saturday theatre classes. Getting to watch the show was an incredible feeling, but the highlight for me was getting to meet cast members I’d only seen and heard on Youtube in grainy bootleg videos for the past 2 years!

The second show was the revival of the musical Pippin. I managed to get these tickets through lining up for the Broadway ‘rush’, which basically meant me waiting for the box office booth at the theatre before it opened at 10am for super cheap tickets. Depending on the show, these tickets go fast – the new Les Mis revival only releases about 30 tickets, and people I met queued from about 6am to get them! Luckily I managed to get ticket for only $30 for a box seat! The show itself was spectacular and, I again, got to meet some of the cast at stage door. I was particularly excited to meet Kyle Dean Massey (Pippin), I’d been a fan of his since his Next To Normal days :)

The last show I went to see was a last minute decision after queuing up at the Times Square TKTS booth.

After much deliberation – and some back and forth debate with a girl from L.A. in the queue lol – I ended up getting tickets for Kinky Boots at the Al Hirschfield Theatre. I was super excited for this show and in a totally ironic twist the show is actually set in Northampton, England ^_^. 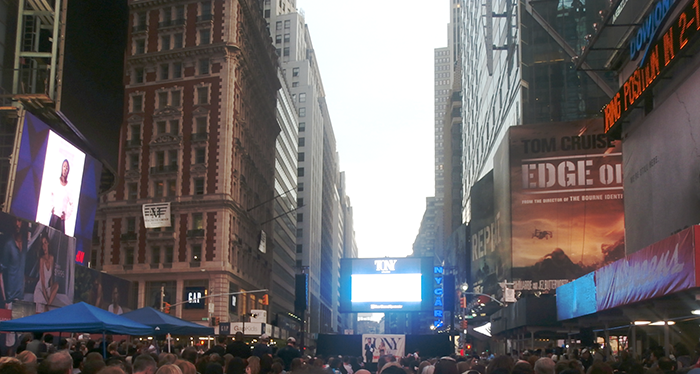 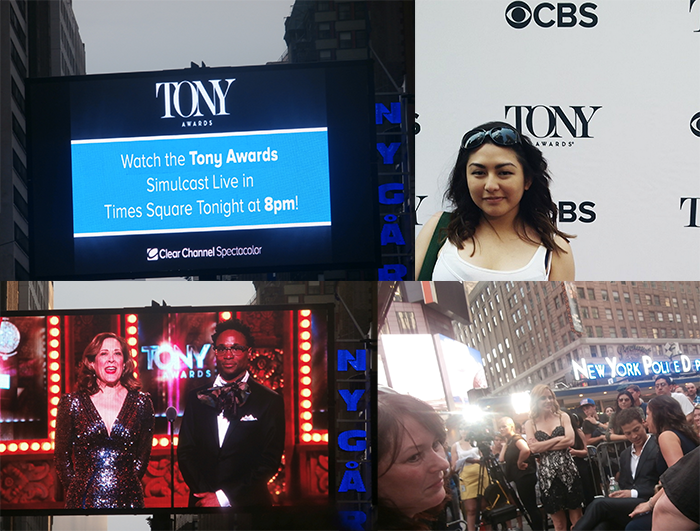 As I mentioned by absolute luck I’d also managed to time my trip alongside Broadway’s biggest night, The Tony Awards. Whilst I unfortunately didn’t have the funds for a proper ticket inside Radio City Music Hall on the day, I did make sure to grab a seat in Times Square for the now annual simulcast for the show. The outdoor screening was hosted by Justin Guarini and Kerry Butler, who performed a couple of songs during the ad breaks. The whole night was amazing. Simply being in the same place as so many theatre fans, cheering for the winners and applauding performances by Neil Patrick Harris and Idina Menzel on the big screen, was so cool and the atmosphere was just infectious.

Even if you’re not a fan of live theatre I’d still recommend seeing a show if you’re ever in New York. Broadway really is a once in a lifetime experience, especially considering how expensive tickets are lol, so get your butts down there if you’re in the city!!