The couture shows in Paris this past week may have been showcasing the best of this year’s Fall 2015 collections but there was certainly a hint ethereal summer inspiration sprinkled all over the runways for this couture season.

Kicking off the highlights for Fall 2015 was Atelier Versace‘s tribute to the hippie movement, with the likes of Kendall and Karlie draped in pastel silk dresses. The collection itself was a much softer look from Versace, with bodices were looser and fabrics flowed behind models who were also sporting floral motifs and delicate flower crowns.

Christian Dior also took a turn into the garden of Eden. Whilst the label usually veer towards the more ‘Cinderella’-esque territory of the classic fairytales, Fall 2015’s story felt distinctly Midsummer Night’s Dream meets Rapunzel. Among the collection were less structured ensembles embellished with floral motifs or laden with light silk materials – though the heavier coats swung the collection firmly back into the feel of Fall and kept many of the looks feeling prim and proper. 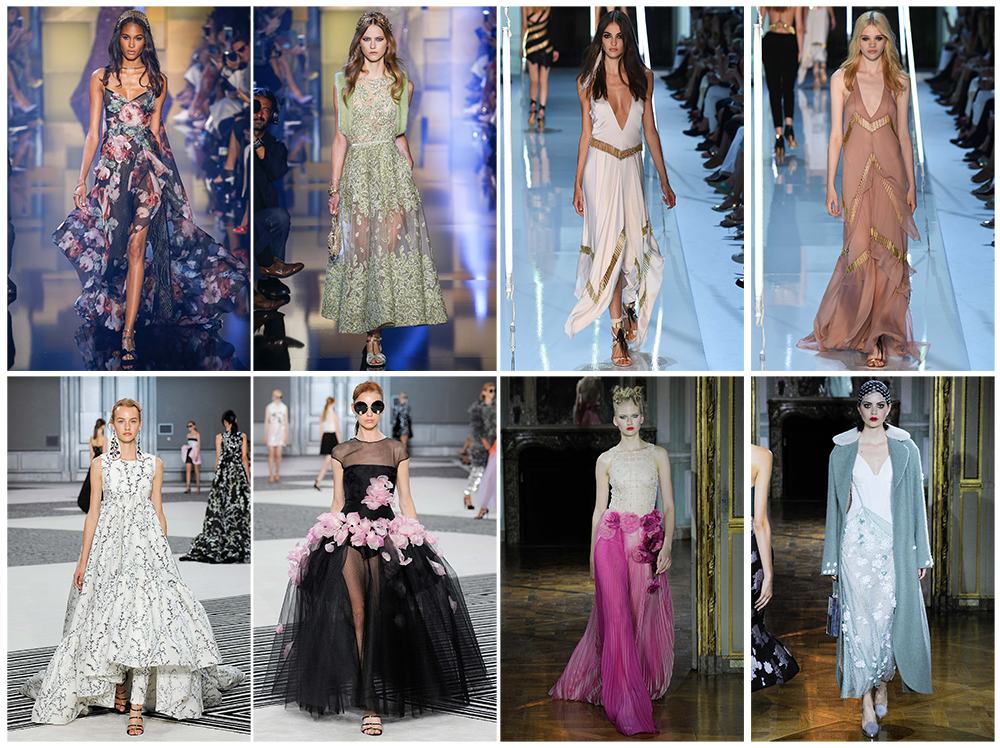 Others also taking on the trend were the likes of Giambattista Valli, Alexandre Vauthier, Ulyana Sergeenko and of course my absolute couture favourites, Elie Saab, working in the same ethereal magic into their varying states of Coachella-rock chic, renaissance queen, and soviet bombshell.

Thoughts on the new dreamy inspiration from the Fall collections? Which designer captured the magic best?