Cast your minds all the way back to January 2015, I set up some Style Resolutions to work my way to the perfect ‘forever’ wardrobe. I’ve ticked off two pieces already – the ‘All-weather’ trenchcoat (which has served me well during these soggy Autumnal days) and the ‘Day-to-Night LBD’ (which I included in my Rome …

Hopefully by now you will have seen my Rome travel diary by now, though I didn’t get much time to extensively shop we did manage to get to visit the main shopping district in the city by the Spanish Steps and there were plenty of little boutiques near our hotel too.

This past weekend I dragged myself out of bed bright and early in the morning and headed up to London for this year’s London Film and Comic Con (LFCC) and Young Adult Literature Convention (YALC), at Kensington Olympia. As well as being a fantastic day out with Erin (we were repping Team BB at YALC!), …

Nerdy haul alert! I was at MCM Comic Con at London’s Excel Centre this past weekend and like the n00b that I am I didn’t take that many photos actually at the convention – I blame the heat and my brain functioning on like fours hours of sleep and the fact I was too scared … 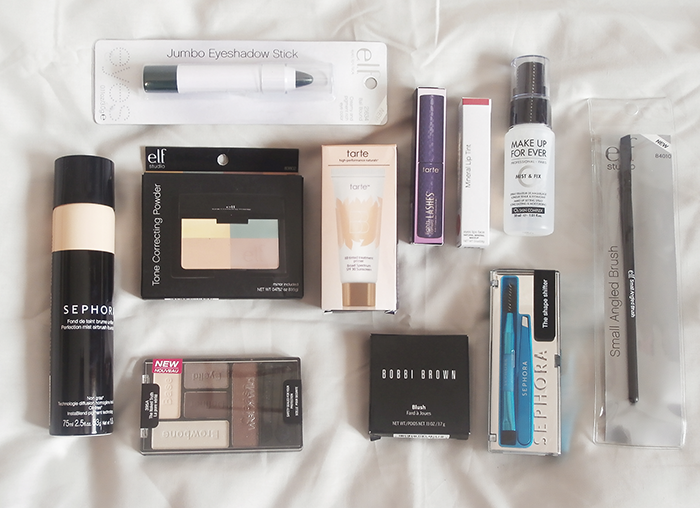 When I talked about the hidden gems from the New York trip in my last post I mentioned a few of the little places where I’d been shopping. So, of course, I couldn’t resist breaking up my NYC series with a little bit of a haul focused on the US beauty and fashion buys I scored whilst I was out there (and taking advantage of the rather generous £ to $ exchange rate lol). 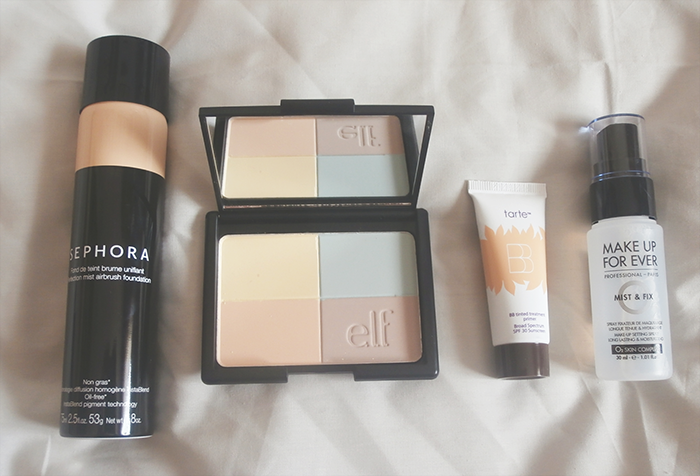 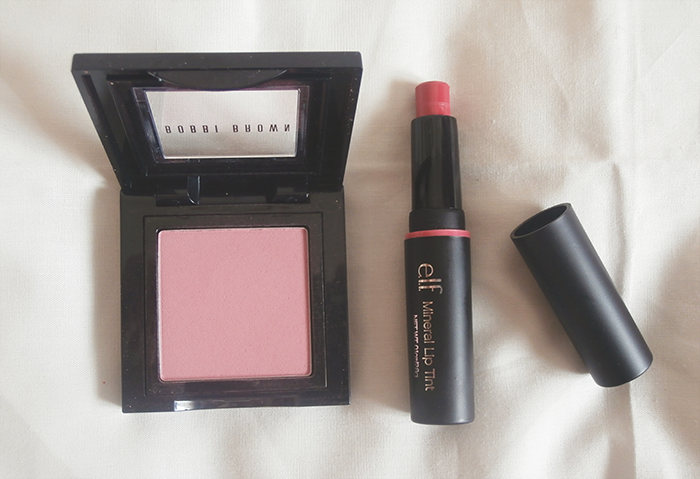 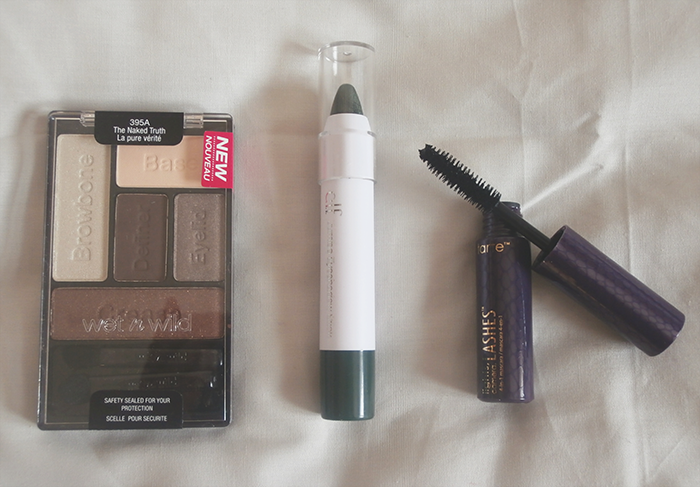 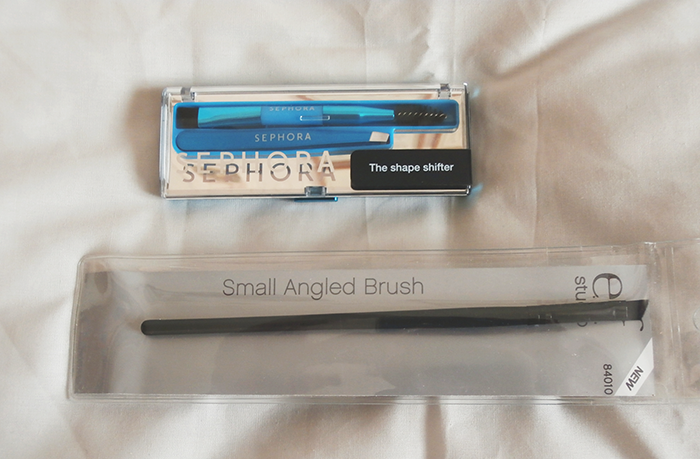 As you can tell from the header, beauty products were high up on my list and one of the first places I spent some serious dollar at was Sephora – surprise surprise! I actually tried out their foundation match service, which is free in store, as well as tried out two types of foundation and the one I was eventually won over by was Sephora’s ‘perfection mist airbrush foundation’ (medium). It’s actually a spray on foundation but the make up artist I worked with heavily suggested first spraying it onto the back of your hand or a small dish and using a foundation to buff the formula on for a more natural look. Spray foundations are apparently the ‘next big thing’ so I’m definitely keen to try this one out! Whilst at Sephora I also picked up Tarte’s BB treatment primer (medium) and Make Up Forever’s Make Up Setting Spray. These are the travel sizes, so they’re perfect for us bloggers who like to try before committing to the full sized thing! I’ve heard some great stuff about Tarte so I’m particularly keen to try this primer out. I also couldn’t resist picking up Tarte’s ‘Lights, camera, lashes’ mascara in the checkout aisle – it’s so tiny – as well as a nifty Sephora brow grooming kit, rather amusingly called ‘The Shape Shifter’ – I’ve started using the kit already!

As well as hitting Sephora, I stumbled upon the E.L.F. store by Union Square as I left the Subway station. E.L.F’s not a new brand by any standards but seeing as they’re mostly based online it’s rare you get to actually swatch many of the products before you put them in your basket on the website! I picked up their Tone Correcting Powder after eyeing it up on the site for months and I’m glad I got to swatch it as I nearly bought a shade far far too light for me! Other E.L.F purchases were the Mineral Lip Tint in Rose, the Jumbo Eyeshadow Stick in Bali Bound, and a super cheap small angled make up brush.

I had some time to pick up a drugstore beauty favourite I’ve spotted on a few beauty blogger’s sites in the past few month in the form of Wet n’ Wild’s eyeshadow palette (again amusingly called The Naked Truth). I don’t need another ‘natural’ eyeshadow palette but I’m keen to see how this one compares to similar British brands.

One last beauty bit I didn’t buy, was a little Bobbi Brown blush in ‘Desert Pink’, this was a sweet little present from my Great Aunt who I visited whilst I was in town ^_^. 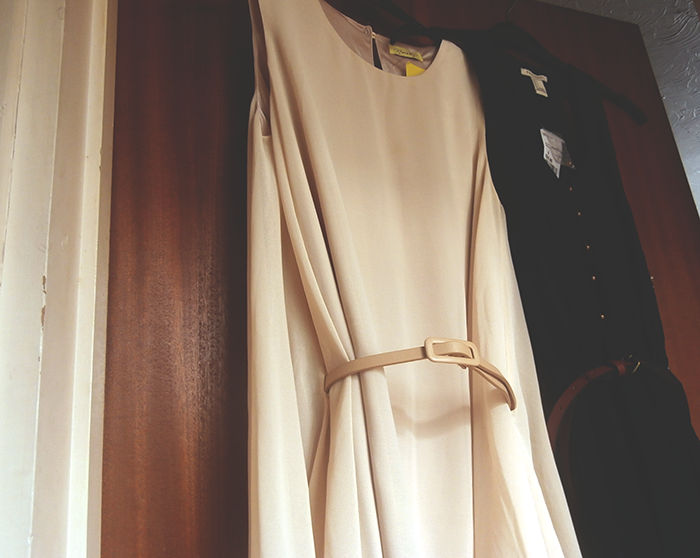 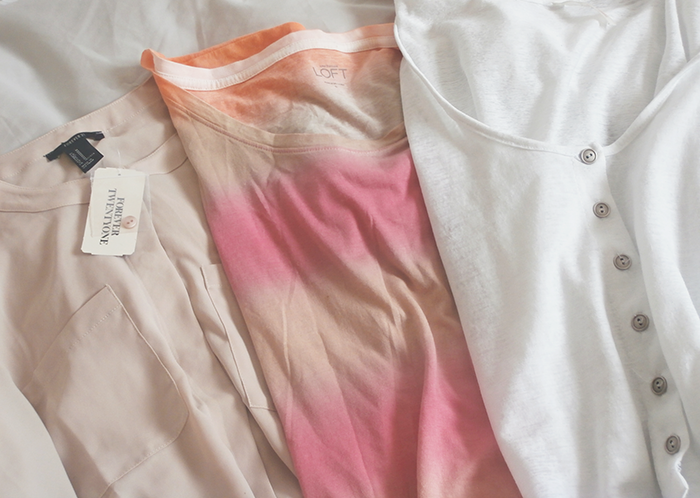 I didn’t go too crazy in terms of fashion but I knew I had to hit up Forever 21 whilst I was in the States! I picked up a nude sleeveless blouse and a navy blue Summer dress whilst browsing, but could’ve easily spent my entire NYC budget in the store.
I mentioned in my last post I found my graduation dress in Chelsea’s Artists & Fleas Market, and you can see it above on the left! It’s actually a really flowy, one size fits all swing dress, but add the matching belt and it turns into the prettiest draping tea dress shape. The stall I bought it from is called Nanako Clothing, they do have an online store but the dress I bought isn’t on there, but they do some really cool boho style dresses and clothing if you fancy a look! I also popped into a vintage store called Olly Oxen Free in Williamsburg and bought an cool tie-dye print Anne Taylor t-shirt and off the shoulder crop top.