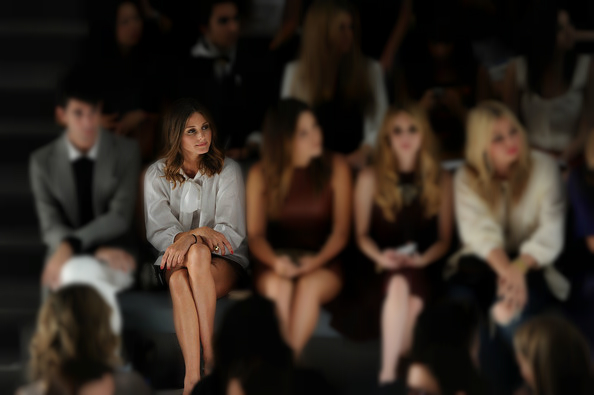 If anyone paid close attention during fashion weeks last month, it’s most likely you’ll have spotted this girl among the magazine editors and models…

Olivia Palermo originally made a name for herself as a cast member on ‘The City’, starting out working the PR department at Diane Von Furstenburg. Since then the socialite has since turned heads with her New York chic street style and her influence on the fashion world with her work with Elle magazine.

I personally love how accessible yet Gossip Girl-esque her style is. Though her clothes clearly have designer labels, it would be very easy to walk onto a British high street and reproduce some of her looks for much less. The formula to her style is never the same but the general elements are taking clothes that are timelessly chic and adding the pieces that are on trend for that season, whether it be clothing or accessories.

The socialite recently ventured into the blogging world with her site Oliviapalermo.com offering not only styling suggestions but lifestyle tips and recommendations. At the moment she seems to only be involved in an editorial and creative capacity but it’ll be interesting to see whether she starts to write more personal posts, maybe even giving us an insight during fashion weeks and rumoured fashion line. For me, the only way is up for Miss Palermo.