After the manic-ness of the January/February red carpet season we’re back in action again, this time with 2015 MTV Movies Awards held this past Sunday at the Nokia Theatre, Los Angeles. As always I’m running down my favourite looks from the night… 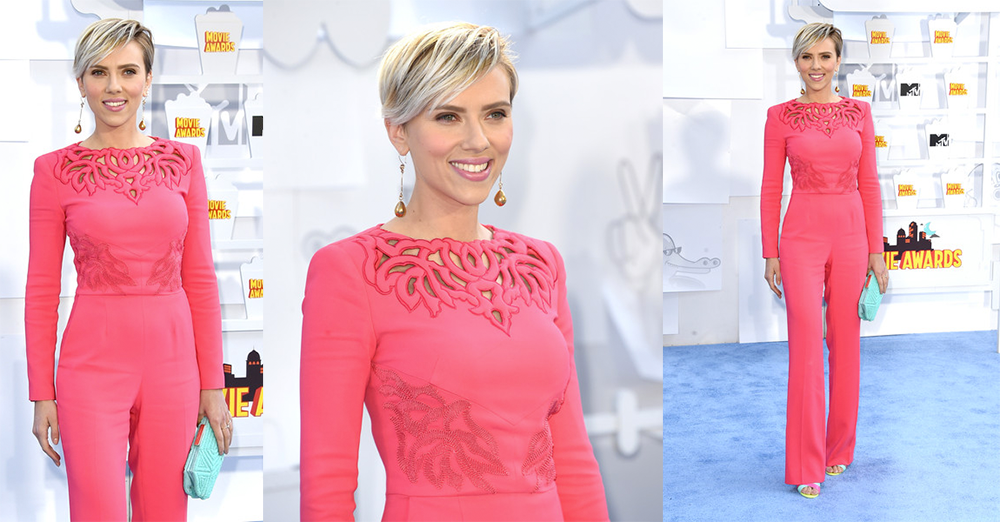 Sometimes a whole look lands on my computer screen/Instagram feed and I seriously have to stop and just flail for a minute. This is what happened when I saw Scarlett Jonhanssens look on the award show’s blue carpet. Her hot pink Zuhair Murad jumpsuit is an absolute welcome burst of fun Summer colour and can we talk about how much I love the heart shaped detail on the top too? Scarlett complete her look with an equally light and mint green Roger Vivier clutch, colourful Sophia Webster sandals and a sleek side swept bob cut. I have so much love for this guys, such a well deserved Best Dressed winner for me.

Colour seems to be the theme of the night! Whilst Scarlett opted for a headturning hot pink look, Teen Wolf actress Arden Cho went for a warmer blast of tangerine. Her sport-lux Torn by Ronny Kobo two piece was the perfect choice for the awards show. It’s loud, it’s super slick and totally event appropriate! 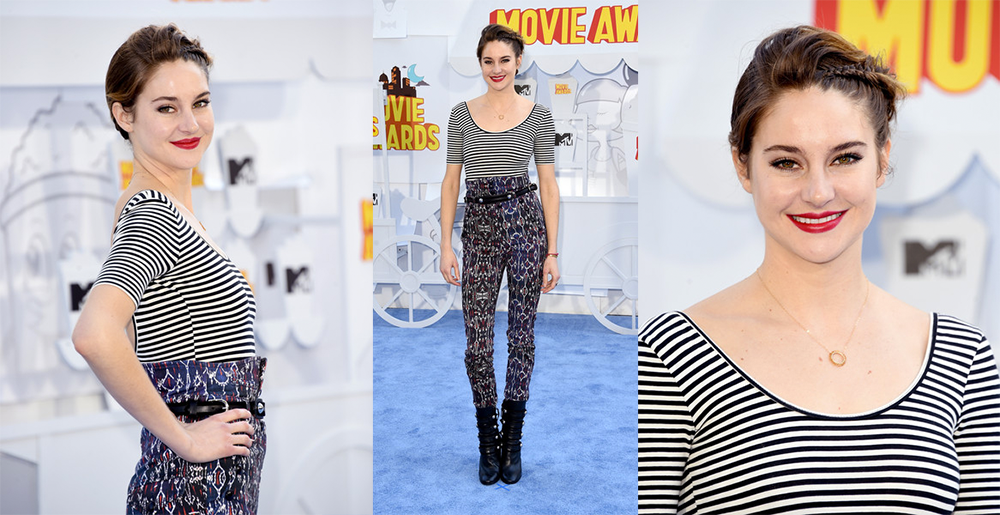 Recipient of this year’s Trailblazer Award, Shailene, opted for a super casual outfit compared to her peers in an Isabel Marant top and pants. This was a fantastic example of how to mix prints and her bad-ass ankle boots set off the look perfectly. And seriously don’t her pants look like comfiest things in the world (I really want a pair in my life now). 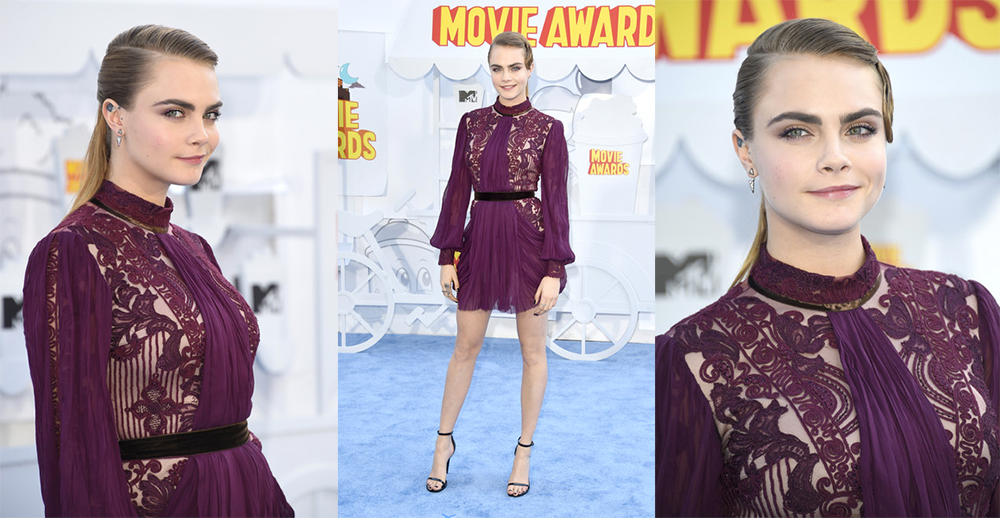 In the midst of all the Summer looks, Cara brought a little darkness into the mix in an eggplant coloured Reem Acra mini. The swing of the dress and lace panelling definitely keep this from looking too heavy for such a light Spring event. As always Cara brought a little bit of attitude to her look with smokey eyes, black nails and swinging minimalistic ponytail. 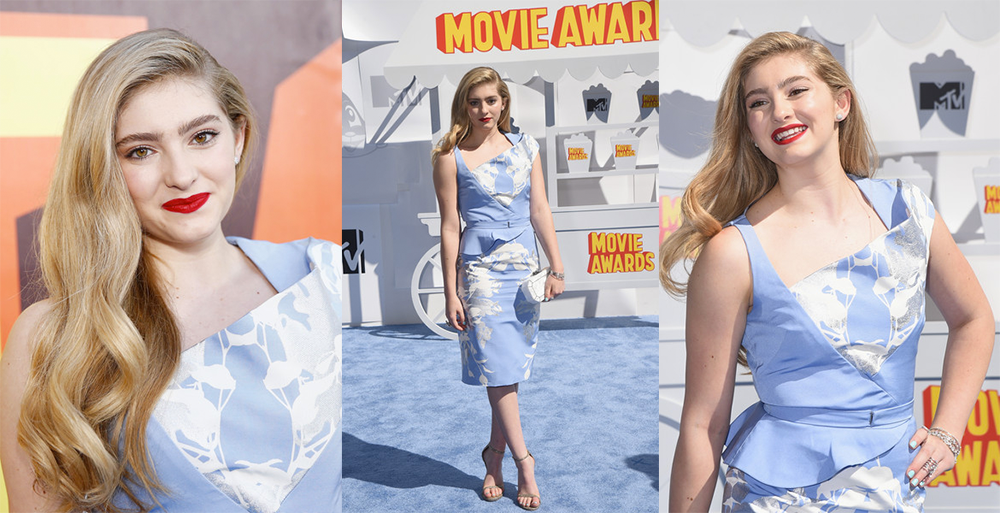 The first thing I thought when I saw Willow’s look was Jen and Elizabeth have some serious competition come touring time for the last Hunger Games movie! The young actress wore a really beautiful, pale blue Bibhu Mohapatra dress from their Resort 2015 collection. This a rather grown up look for Willow but the print keeps it fun and I love the retro inspired styling with her hair and make-up. 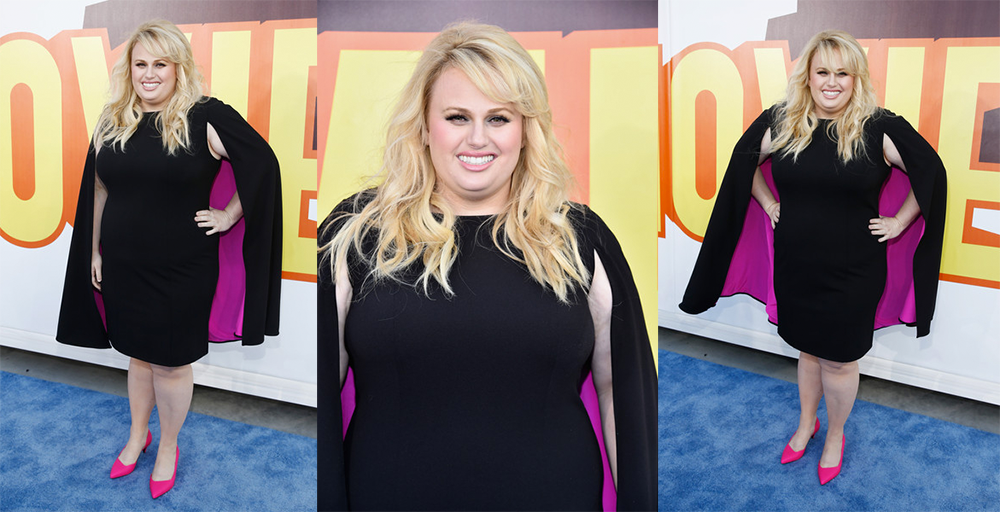 You wouldn’t expect an OTT lady like Rebel Wilson to fade into the backdrop of an awards show. And though her Andrianna Papell LBD could’ve been a very simplistic choice that dash of hot pink in her pumps and her freaking CAPE are just what the outfit needed to make it a bit different. She looks like a total super hero here. 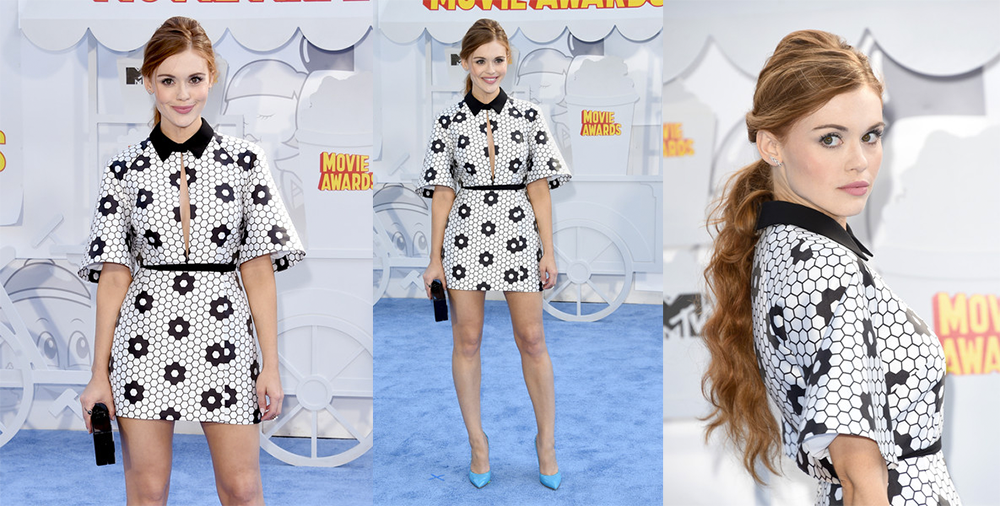 It’s always a treat to see Holland on this year’s blue carpet – it’s usually one of the very few she attends as part of the cast of Teen Wolf. As always she impressed wearing this great monochrome number by Caterina Gatta. On the surface it’s a prim and proper peter pan collared dress but add in the peek-a-boo neckline, light blue pumps and powerful digi-floral print and you’ve got yourself an outfit with a bit of attitude.

As if the night couldn’t get even more light and bright, Anna Kamp rocked up on the night in a beautiful Peter Pilotto. I love the contrast between the reflective metallic silver and pastel graphics all over the gown and with her flowing blonde locks Anna looks like the perfect embodiment of the carefree Cali-girl.

Normally don’t really mention the guys at these kinds of events – men’s fashion is great but I flock like a magpie to womenswear. Michael B Jordan was a total exception to this rule as he rocked this Vivienne Westwood Fall 2015 suit. How amazing is that print? And I love the fact he went for something bold instead of the more casual looks that the guys go for for the Movie Awards.

Who were your favourites from the night? Have I missed any great looks from the blue/red carpet?

*all images via Zimbio