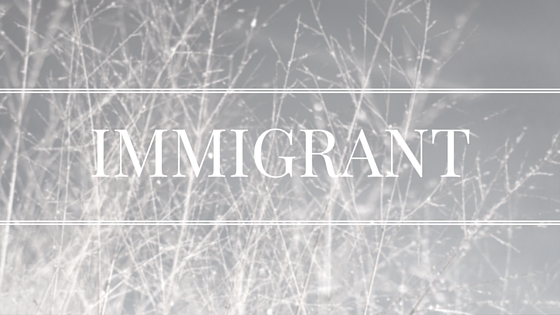 I amImmigrantFresh off the planeA top my mother’s lap in Major’s EnglandRoots set down in North London estatesPromised better than the dustbowl of a Pacific Island upbringingBetter among suburban middle classBlazing through Blair’s education system
A model minority, paying taxes Oh, she is just like usI am not like youI am an immigrantForever reaping the benefits of passingBarely passingYet somehow, always passingA foothold in my heritageUncertain to speak outAm I coloured? Or does my light skin betray the confusion I feel?
Please don’t be fooled by my clipped Queen’s EnglishMy 20 year strong citizenship is a comfort to you?I have a taste for taste for tea and Sunday roast dinners and can eat rice everydayIt’s ok
She can stayHave I betrayed my fellow immigrant?As they precariously sway on boats in CalaisThey are ‘they’But again, she can stayI am here to workTo earn for Queen and countryI know no other country as well as the UKNationalistLoyalistLoyal to my countryBe proud of your roots, they sayThey other me from themBut I am one of themI am an immigrantI say

*I wrote this piece way before the results on Thursday’s referendum, but thought it would be a good idea and good timing to post it today in the wake of the Brexit.

What shakes me most after everything that’s happened more than the economic fallout, more than political unrest, more than the dumb memes and jokes, is the racist and bigoted rhetoric being used against immigrants and people of colour. Trade agreements may take two years, getting a new PM in place may take till October, people are saying ‘Oh it’s all over now, let’s stop banging on about it, but the hatred is here now and it’s louder than ever. It’s being shouted in the streets, written out on placards and whispered behind the backs of hardworking citizens – some of whom have actually been living, working, and paying into this country for decades. People who have come to this country to seek better in what they thought was a tolerant nation already feel unwelcome and are questioning their place in a country they thought they thought they were safe and accepted in. I know. I’ve seen it. I’ve witnessed it first hand.

You may say this campaign was not targeted at me, to not take it personally.

Well, to that I say. I am British, but I am also an immigrant. And a damn well proud one at that.

And if you strike one of us, it’s a blow for us all.

If you are a UK resident can I urge you sign petitions for a second referendum, to keep lobbying your MPs, march on and keeping fighting intolerance and anti-immigration rhetoric. We can make Britain great again if we stand together against hate.