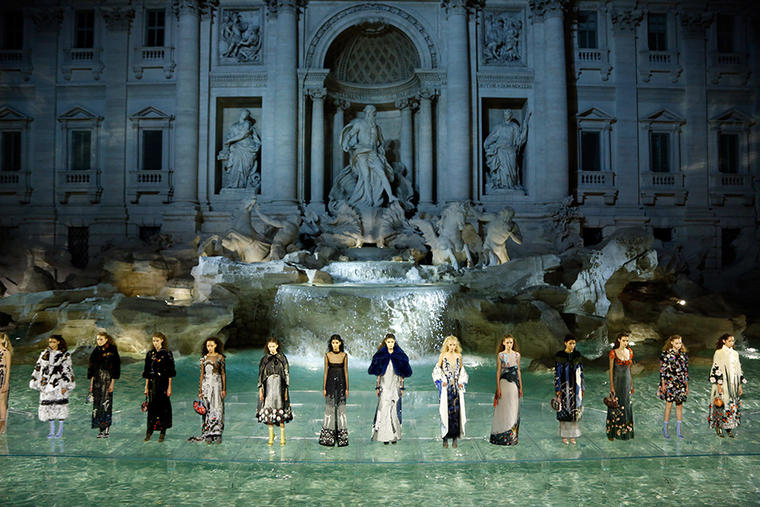 Fashion house Fendi has hit the grand old age of 90.

It felt appropriate then for the House to host celebrate this anniversary by cementing itself within the Italian fashion community in Rome by showcasing a special Couture collection on the backdrop of the brilliant white marble of the Trevi Fountain. A crossroads of culture, where modern meets classical art, the setting was perfect for a fashion house that is known for traversing the boundaries between new and old.

This collection in particular drew heavy inspiration from a 20th Century copy of classic Norwegian Fairytale ‘East of the Sun, West of the Moon’ so much so Lagerfeld asked permission from original illustrator’s Kay Neilsen’s estate to reproduce her artwork on the pieces themselves.

The end product is a vivid medieval tapestry of motifs – the white knight, the King’s castle, and fantastical princesses with their embroidered crowns – splashed across romantic bell shaped gowns, exquisite fur lined coats, and delicate lacework. Hemlines were demure, necklines too were high, pussy bowed and ruffled with Victorian elegance. The models who literally walked on water (albeit on a clear glass walkway) over the base of the fountain were styled with dewy peach complexions and tightly ringleted hair, only punctuated with a sharp eyeliner and bold brows. They were the personification of modern Renaissance women set against the backdrop of cascading fountain water. Like 21st Century Aphrodite’s on the rocks. 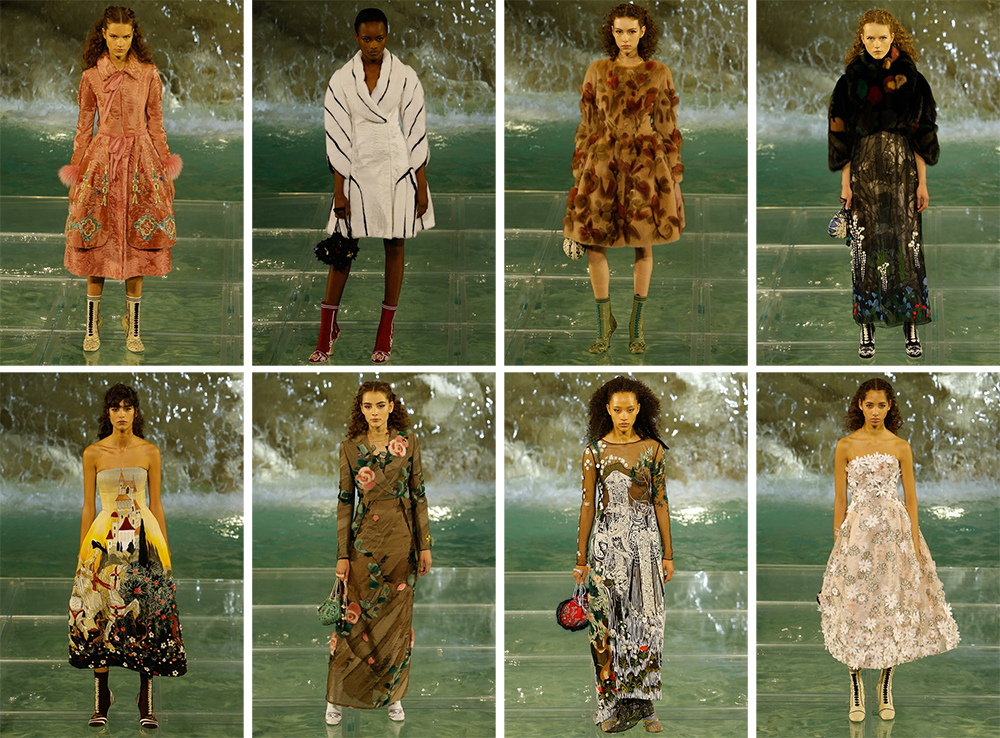 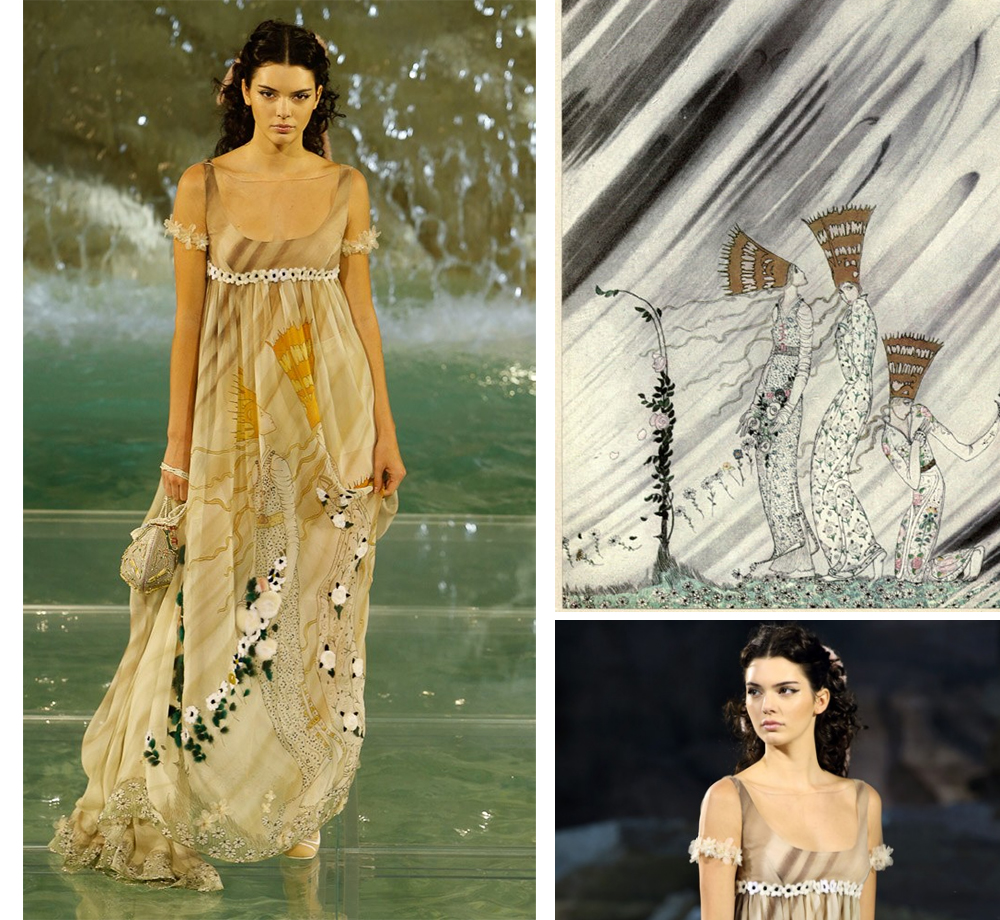 Though collectively the show was a visual masterpiece worthy of the Sistine Chapel, as with with any piece of art the real beauty in the detail. Lagerfeld and his team are, of course, pros at this. In addition to the intricacies associated with trying to reproduce Neilsen’s Art Deco-esque illustrations, much of the floral print work are hand stitched fur pieces.

No more is this detail perfectly illustrated than in Jenner’s empire-waist gown – my favourite of the entire show – it’s awash with faded marble-esque printwork adorned with fur florals and Neilsen’s beautiful artwork.

I highly recommend viewing the entire collection in all it’s glory on Vogue and let me know your thoughts on the pieces in the comments below!