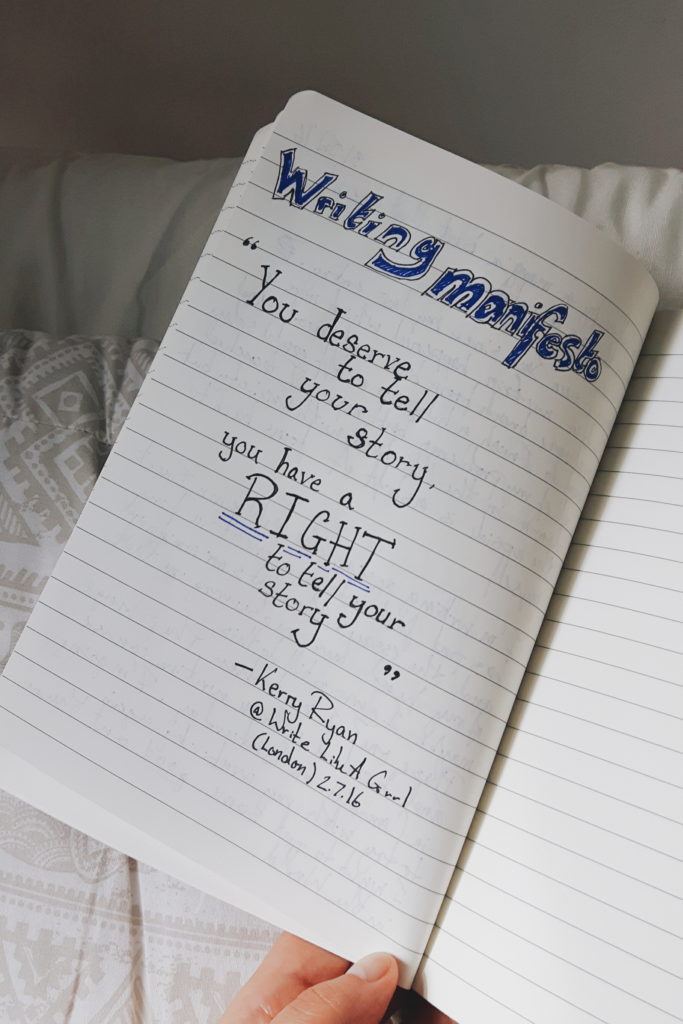 Last Saturday I pulled myself out of bed at 6am and hopped off on the coach to Camden. Why? Well, I decided to see if I had what it takes to ‘Write Like A Grrl’.

You may have seen some of my tweets already but just in case you haven’t here’s the lowdown on the organisation.

‘Write Like A Grrl‘ was a course developed especially for female writers. Founded in 2013 by Kerry Ryan, the aim was to help women of all writing abilities to overcome the barriers that stop them from writing and give them the skills to keep on going. They now run both six week and one day intensive courses In conjunction with ‘For Books’ Sake’.

Over 200 women had passed through the courses and I was about to be one of them.

Before the session in London I was an absolute a bundle of nerves. I had never been to a writing course before – the closest I’d gotten to was English Literature classes at school. The writing groups near me seemed to be filled with a) cis-men b) ‘proper’ literary folk who read ‘serious’ novels and probably considered YA the lowest form of fiction (what do they know!), which utterly put me off them. I also hated the idea of reading my work out loud. I may like posting it online but sharing it in front of actual people? No thanks.

So there I was that morning nervously perched in an ultra swish co-working space overlooking The Stables Market.

Kerry herself led the London course. She’s a bundle of anarchic Scottish energy, feisty, but encouraging, wonderfully blunt, but entirely reasonable and considerate. She’s a brilliant teacher and a great person to open up to who made everyone in the group feel totally welcome as we tackled ‘the fear’ in the first part of the workshop. The barriers that stopped us all started toppling out with ease. The Internet. Comparing yourself to other writers. ‘Real Life’ responsibilities. Lack of confidence. Even the feeling of instant gratification of writing a blog post instead of a book (points big arrow to me)

With that out of the way we spend the rest of the time concentrating on writing technique and exercises, learning how to read like a writer and then finally a short story session where we all went away and tried to pull together everything we’d learnt that day.

By the end of the day I was smiling and feel like an entire bookshelf had lifted off my shoulders. 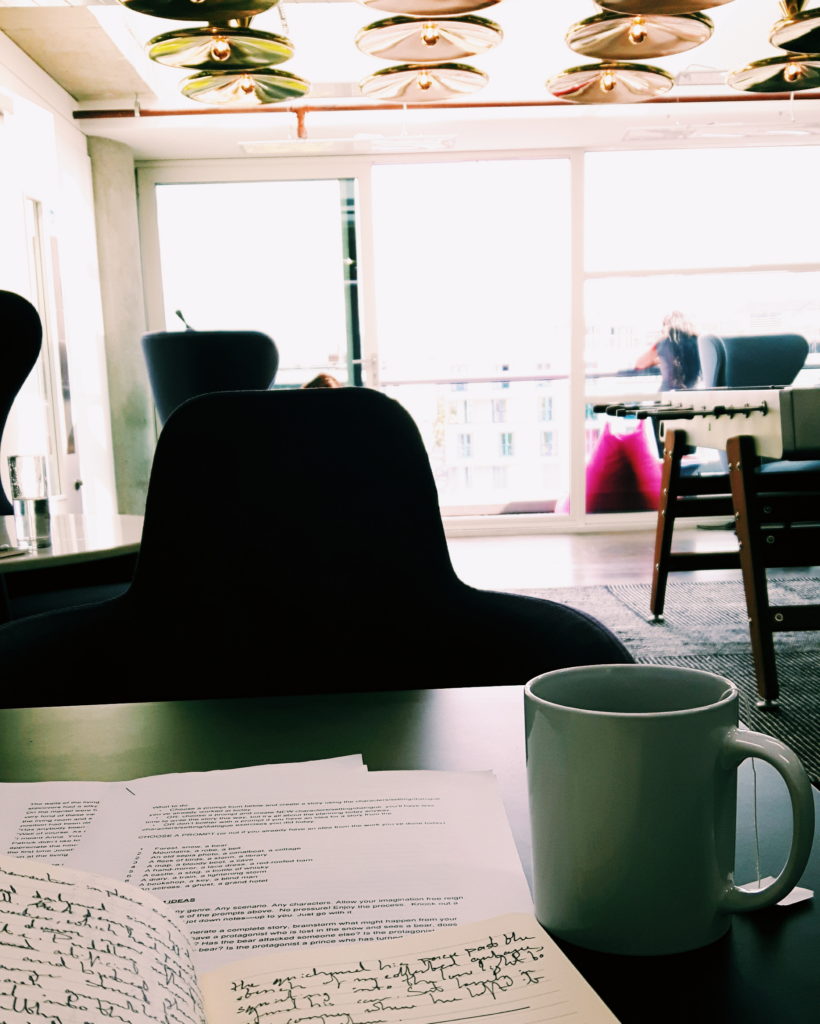 One of the main takeaways from the workshop was how much I enjoyed being in such a brilliantly supportive room of women. All of eight us had our fears and doubts. Most of them echoed across age groups and backgrounds, from the most amateur writers to the published.

The second was that it’s all about the journey, not the end goal. We’ve been challenged to just do 15 minutes a day and to try and enjoy that 15 minutes. The journey is what matters not the destination.

And lastly was my favourite quote from the day (and is linked with that feeling of joy).

“You deserve to tell your story”

‘Deserve’ is the defining word here. Writing often feels selfish, lonely and trivial. Calling yourself a ‘writer’ feels pretentious. I spend most of my own time feeling like an impostor when it comes to writing because I’m not ‘JK Rowling/John Green/Sylvia Plath’ level of genius.

But you should never feel as if writing is a ‘treat’, you should never feel that you’re not good enough to write. You should feel confident enough to call yourself a writer not matter what level you enter the game at. And more importantly you deserve to feel the joy of creation and imagination, not the overwhelming pressure of the end goal.

A final thanks to Kerry and Writer Like A Grrl for such a great session! And my fellow ‘graduates’ for being so lovely too.