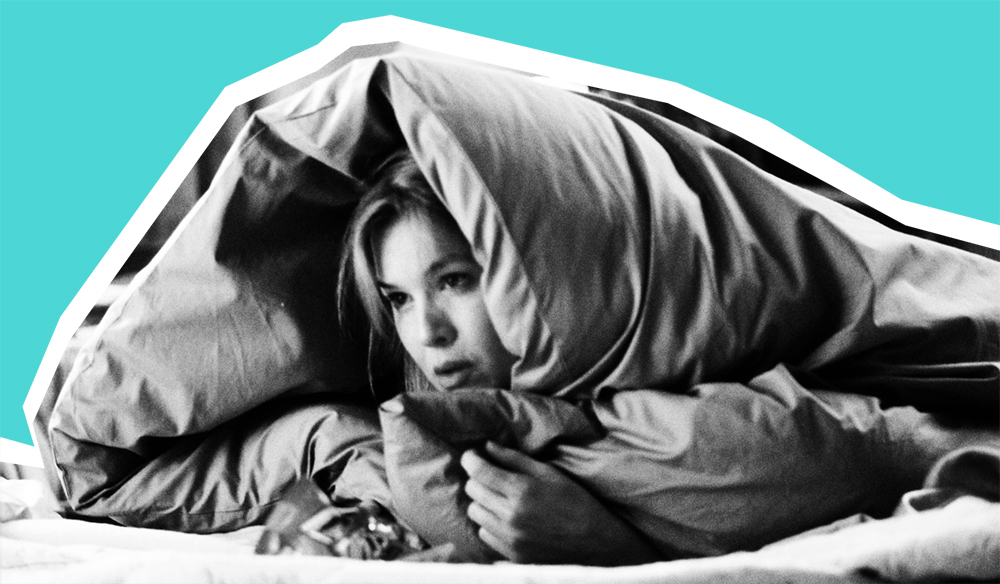 I was about 12 when the first Bridget Jones movie came out.

Aside from vaguely remembering the ‘All By Myself‘ scene and Geri Halliwell’s official single, I don’t recall much about it at the time. Shoot forward a couple years and I’ve obviously since watched the film in full multiple times, I know all the references. It’s only now, however, in my mid-twenties, also a working woman, also single, that I think ‘Wow…Now, I get it.’

There’s been plenty of think pieces on Bridget as a character in the run up to the new sequel, Bridget Jones’ Baby, and a fair share musing on her brand of 90s feminism. For the most part they all come to similar conclusions.

Bridget is a mess.

Sexually frustrated. Bumbling through her early career. Fending off questions about her love life. Making a right tit of herself. Drinking and smoking too much. A walking contradiction and full on hypocrite. Bridget is not a poised protagonist…but boy do we love her for it.

At times like this, continuing with one’s life seems impossible… and eating the entire contents of one’s fridge seems inevitable. I have two choices: to give up and accept permanent state of spinsterhood and eventual eating by alsatians, or not. And this time I choose not. I will not be defeated by a bad man and an American stick insect!

Instead, I choose vodka.

Before the women of Bridesmaids and comedies like How To Be Single, Bridget was the everywoman. You could probably stick yourself in her situation at any point in the film and come out the other end in the same stupid predicament that she did. Sure there’s a heightened sense of drama to her life – there has to be, it would be a bloody boring story out it – but for the most part, despite Bridget being very much a product of her time there’s something about her as a character and her story that feels forever relevant, especially as Millennials like me get a bit older.

And that feeling was amplified even more so when I watched the new movie and found myself nodding along to a lot of what Bridget was saying and getting odd bursts of deja vu to similar conversations I’d shared with friends just like Bridget and her gang.

Try as we might to deny it we all know a Bridget, we all have been a Bridget, and for the most part we all are Bridget on the inside.