Unless you’ve been living under a rock recently you would’ve noticed a little lady named Taylor Swift dropped a bomb of a music video last week. Hotly anticipated thanks to her slow reveal of each celebrity character on social media, the video, which premiered at the Billboard Music Awards pretty much broke the Internet (and me) when it was released. Not only does the video itself kick some serious butt, but I am so obsessed with the style aesthetic. 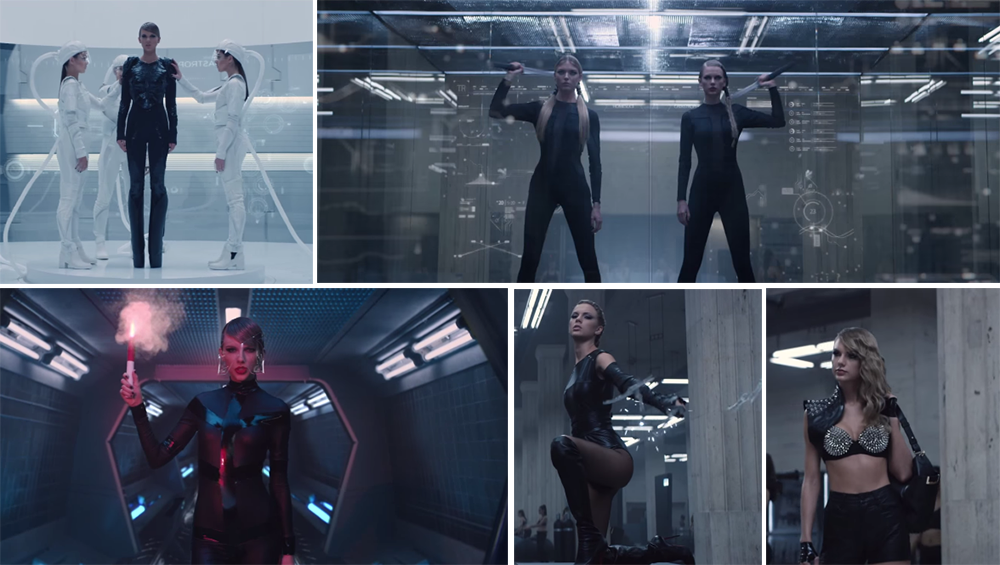 Whilst some compared it to pop-predecessor Britney’s Toxic, I’m likening it more to a mix of the girl power assassin vibe of the Spice Girl’s Say You’ll Be There video and 2005’s Sin City movie (which is amusing seeing as Alba makes a welcome appearance in Bad Blood too).

Now as much as we all want to believe we look as awesome as Karlie Kloss on a daily basis, replicating the leatherette looks of Swift’s squad can be tricky. So here’s a few fashion picks to transition your inner Catastrophe in your everyday life – and why wouldn’t you, she’s awesome!

p.s. if you haven’t watched the video…WHERE HAVE YOU BEEN. Go forth and flail my friend.