I haven’t said much on diversity since I posted about it back in February. I’ve wrestled with some blog post ideas, tried being active on social media, but ultimately I think I scared myself away from the topic, let other people of colour take the stage again.

It’s fair to say compared to the S.E. Asian other ethnic minorities are very good at speaking up, being active in their activism, and being loud. As I mentioned in a past post I was raised to integrate rather than stand out, to not give people a reason to criticise who you are. That’s meant err-ing on the side of caution when airing my opinion, but I’m slowing coming round to the idea that’s the wrong thing for me to do. As an Asian woman I can’t expect a Black, Latinx, Middle Eastern or Indigenous woman to speak on behalf of my issues anymore, because different ethnicities struggle with different aspects of diversity.

I talked previously about my uncomfortable feelings about ‘balancing being a voice for your ethnicity and wanting to just have it all go away’, but now? I’m kinda done being quiet.

After being inspired by the collab channel The Lunch Club (seriously guys go check out their series of videos for API month, they’re great), the amazing female writers of Gal Dem, prominent Buzzfeed content creators like Eugene Lee Yang and Ashley Perez, eternally amazing Hollywood actors and activists such as Constance Wu, Margaret Cho, George Tekai, Lea Salonga, and the conversations in the #WhiteWashedOut/#StarringJohnCho and #StarringConstanceWu hashtag, I’m raising my voice too. 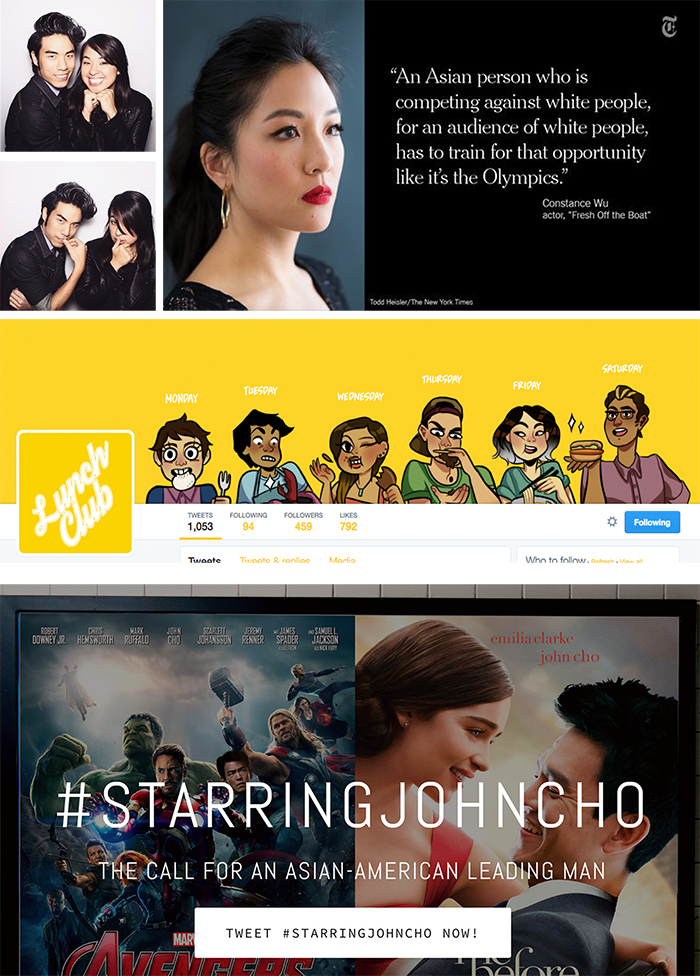 After all, I can’t rely on other people to lead the way for diversity anymore and I only contribute to the problem by not saying anything. I’m angry, frustrated and saddened now. I can’t do much but I can make my space on the Internet a place where I can start conversations and shout for once.

If I become ‘that blogger that blogs about Asian stuff’ then whatever. I’m done with feeling guilty for potentially alienating Western readers (even though I know you lot will be lovely to me whatever I choose to posts about). I feel passionate about representation because I have felt the effects of it, good and bad, and I want to share that here.

As a bit of a challenge I’d love to see some Asian bloggers do the same. You don’t have to knock down the doors of the establishment like I want to but if you want a safe space (away from your own blogs) to write posts on conversation surrounding race or diversity please get in touch with me* – I’d love to potentially get a guest blog series going at some point.

For now this is me apologetically laying in the firing line. I finished with being afraid to mix up my content in favour of posting something that fits with blogging community’s aesthetic. It’s time write about how proud I am to be a woman of colour.

*p.s. if you’re up for doing a little guest post on your experiences with race and diversity, particularly if you’re a woman of South East Asian descent please feel free to email me at rfcagampang@gmail.com or DM me (@RCagz) for a little chit chat!