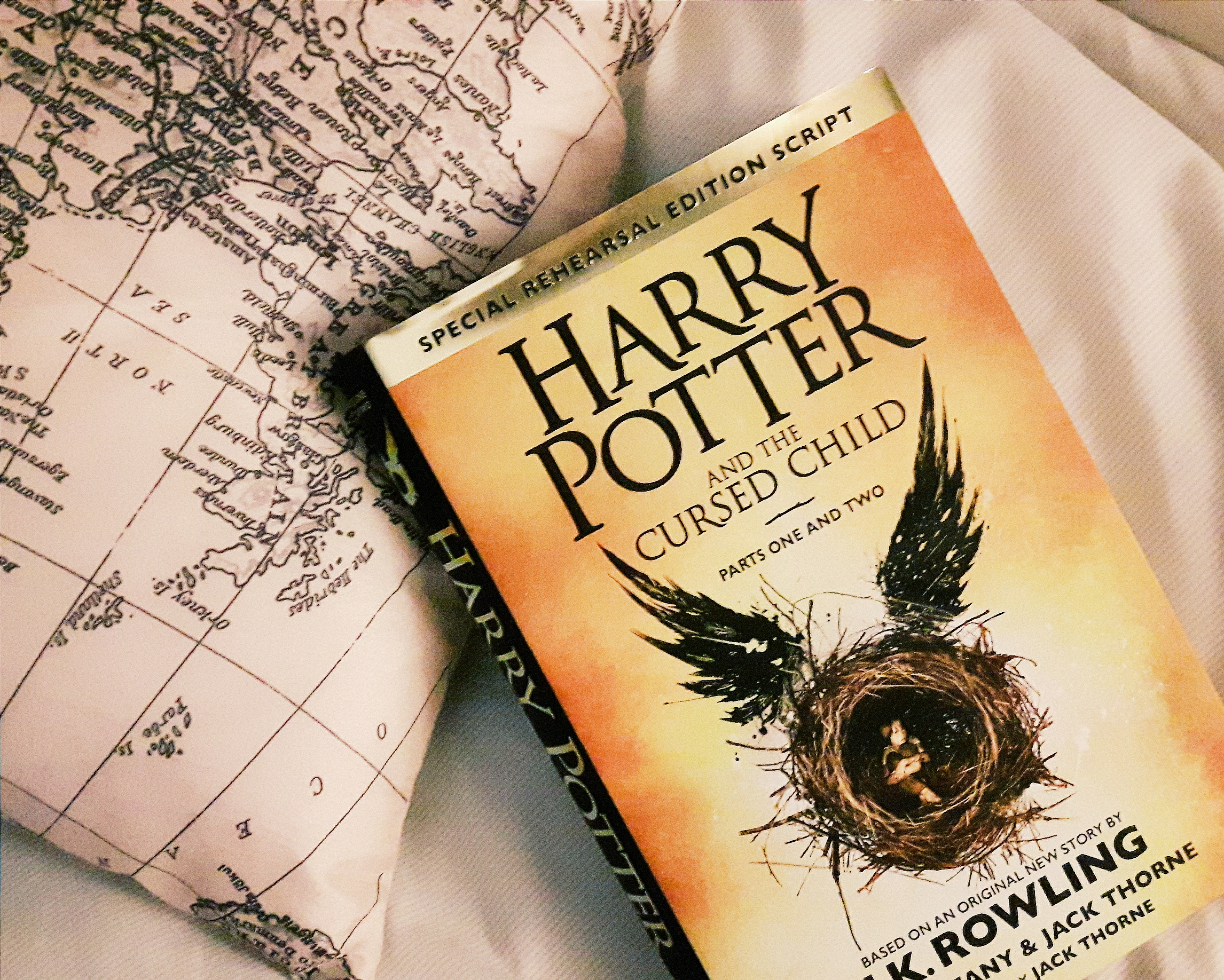 *Disclaimer there are NO Cursed Child spoilers in this post! You are safe!

But yes, it’s no coincidence that a Harry Potter post has been timed with the release of the play script of Harry Potter and the Cursed Child.

I realise all of you know I’m a Harry Potter fan. I shout it pretty loudly when I get the chance but I don’t think I’ve ever delved into the topic too much. So we’ll start at the very beginning. 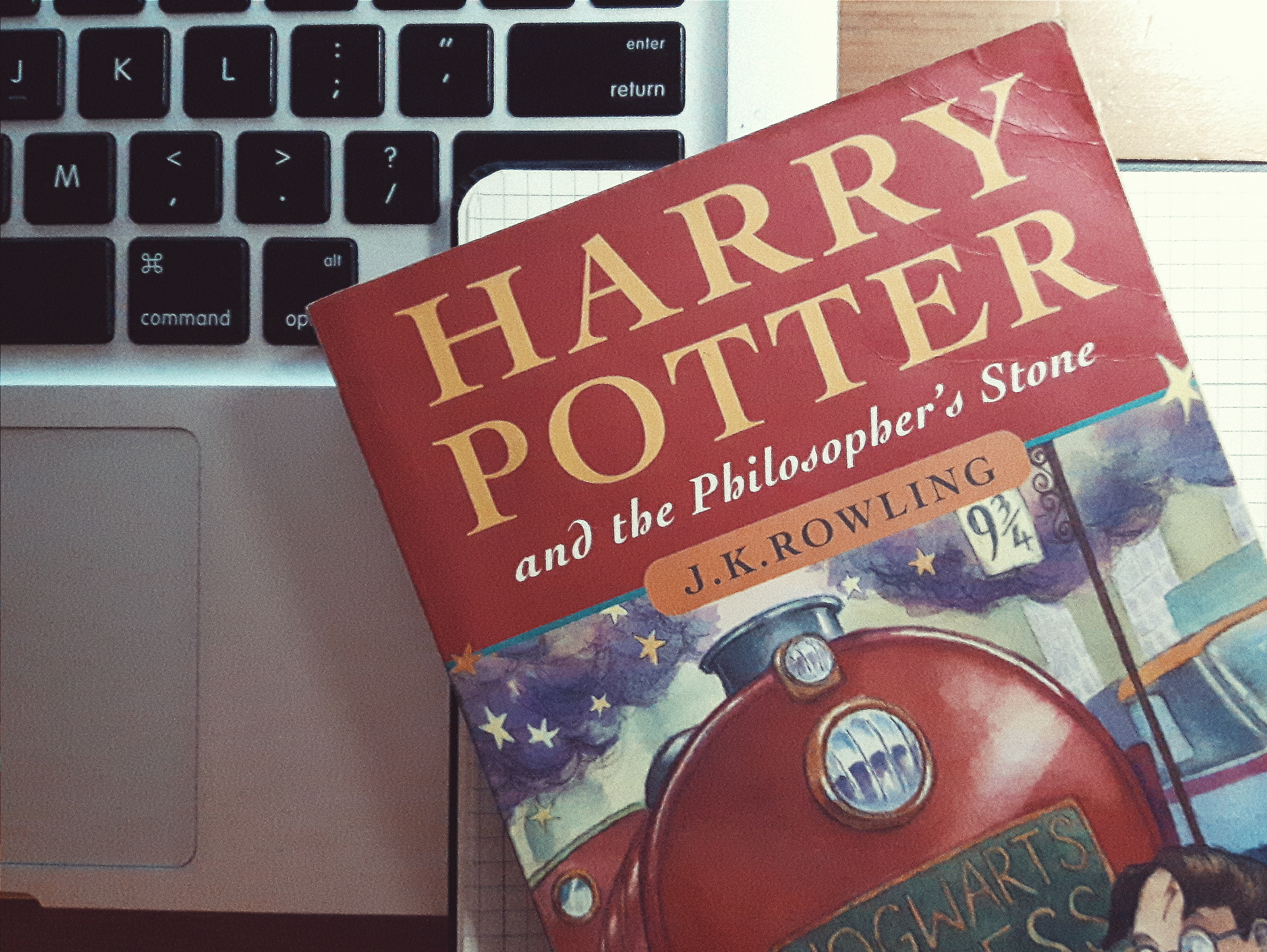 Early 2000s. My Primary school teacher apparently thinks I’m storming far to far ahead of the usual reading lists at school (what can I say I’ve been a book nerd for a long time). She reckons I would be better suited to try out this cool fantasy series about a boy wizard. It’s a bit more advanced than Jacqueline Wilson or Michael Morpurgo, so Mum pootles off to ASDA and picks up Harry Potter and the Prizoner of Azkaban (…yeah, bear with me here.)

I read it…in fact devour it. I had no idea what was going on but I fell hard for Harry and his wonderful world.

Obviously, we soon realised this is the third book in the series. So, I started again with my copy of Philosopher’s Stone. A copy which I still have on my shelf. Pages yellowing. Spine just about holding it together. My scribbled name on the inside of the jacket cover.

I can’t remember a time when Harry wasn’t in my life. Like many others in my generation he was a staple, a constant in my early adolescence, into my teenage years and beyond. I remember seeing the first film with my parents and the sudden realisation I’d been pronouncing Hermione all along.

I remember the agony of waiting for Phoenix. The bus journeys to and from school spent back to back listening to Mugglecast and Pottercast, eagerly eating up their analysis of every single chapter of the books. The message boards of the early Internet fandom. Dressing up as Cho for a friend’s birthday party. Heading off to the cinema with my family for every film release. Getting obsessed with Cedric when Goblet came out and my friend waltzing into our form room with Rob Pattinson’s autograph (he actually answered fanmail pre-Twilight!). Staying up all night to read Half Blood Prince, then Hallows. Sobbing on my bed when I finished the book the next day at 10am having had no sleep. The birth of A Very Potter Musical when I was in College. Crying at Jo’s speech watching the London premiere from the TV screen. The overwhelming joy of walking into the Great Hall at the Studio Tour.

And then LeakyCon London in 2013. My first convention with my best friend. Visiting the studio tour again with a cohort of fellow Potter fans. Dancing wildly to Harry and the Potters and screaming ‘Dumbledore we’ll fight for you tonight’. Meeting Evanna Lynch. Getting to thank convention creator Melissa Annelli personally (albeit slightly tipsy) for providing a safe space for fans to be themselves. A safe space where I felt like I belonged.

I think it’s fair to say in recent years I’ve perhaps been a less vocal Harry Potter fan. Yes, I adore the series, but life gets in the way, new fandoms crop up all the time. I choose to invest my time elsewhere.

But despite my nonchalant attitude towards the Cursed Child, Fantastic Beasts or Pottermore it’s been very hard to quell the nostalgia that returns in my heart when you hear those first few notes of Hedwig’s theme or the feel of having new canon right in your hands.

That feeling hit home last weekend at YALC. Standing face to face with an entire wall of platitudes, some funny, but mostly heartfelt outpourings from fans that weekend about what Harry means to them. There were sentiments about finding friends and love through Harry, finding their passion for their career through Harry, or simply finding a golden ten minutes of pure joy delving into Hogwarts, into that world again.

My own addition I think sums up my sentiments about Potter and the fandom itself. It doesn’t matter how old I am or how far I may stray, Harry is my comfort blanket.