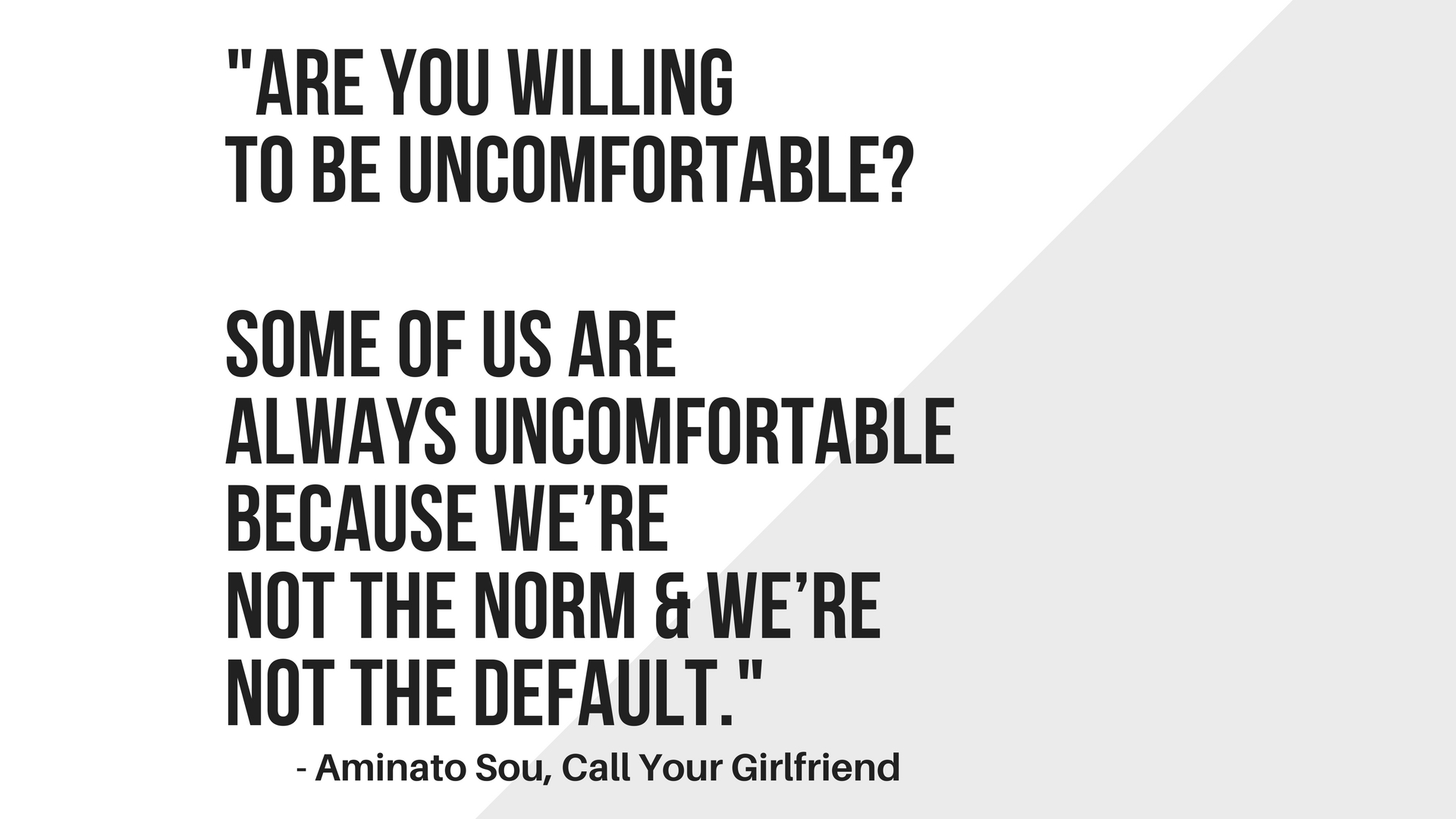 I don’t know about you but I feel like I’m basking in a post-Women’s March glow at the moment. It certainly feels like the Feminist Movement has gained momentum again. The shots of the crowds were incredibly moving, uplifting images of solidarity. The world does feel a little brighter, so forgive me if this post seems to dim the lights on what was an incredible event.

In the aftermath of the march coverage, I couldn’t help but feel a sense of cynicism over the celebrations over the zero number of arrests, the comments on how peaceful the protesters were, and how well received the march was in general by the public. Whilst, yes, it’s always reassuring to know that no one got hurt, I can’t help but think about the levels of violence protesters faces for the Black Lives Matter movement and the Dakota Access Pipeline in the past year alone.

The Women’s March, though largely attended by a huge number of minority groups and run by women of colour, they were largely outnumbered by cis-white women. The march itself was well funded and rigorously organised. They had legal permission to march and police were very much on side for crowd control, rather than regulate protesters. For all intents and purposes, if you wanted to dive into activism this was probably the best possible situation to do so.

It begs to question, are we only willing to stand up when we know we’re not going to get attacked? Tear gassed? Blasted with ice water? Or even shot at?

More than a march, welcome to the movement

There is a privilege that comes with being white or cis-gender to have the choice of being actively political and to speak out. Even us, white passing people of colour have to admit that we so far have had an easy-ish ride.

Are we willing to set aside our privilege and listen to people with wholly different experiences to our own?

A call to arms

So I speak now to you, the apprehensive and tentative activist. If you’re new to the movement, welcome. We are an inclusive and caring bunch. We want the numbers, we need the numbers now more than ever. But that uneasy feeling in your stomach that dealing with issues of inequality; of facing violent racism and homophobia head on; the drop in your stomach on being called out for being transphobic or ableist; the fervent tiredness of fighting?

It’s a familiar feeling that minorities are living everyday.

It’s not a fun feeling and it may be something you’re not used to. But it’s time to embrace uncomfortable conversations, issues and actions. After all, when has fighting for something you care about ever been easy?

A few things you can do right now to slide yourself into that mindset:

Whatever you do, don’t resolve to stand still on issues.

Embrace being comfortable with being uncomfortable.