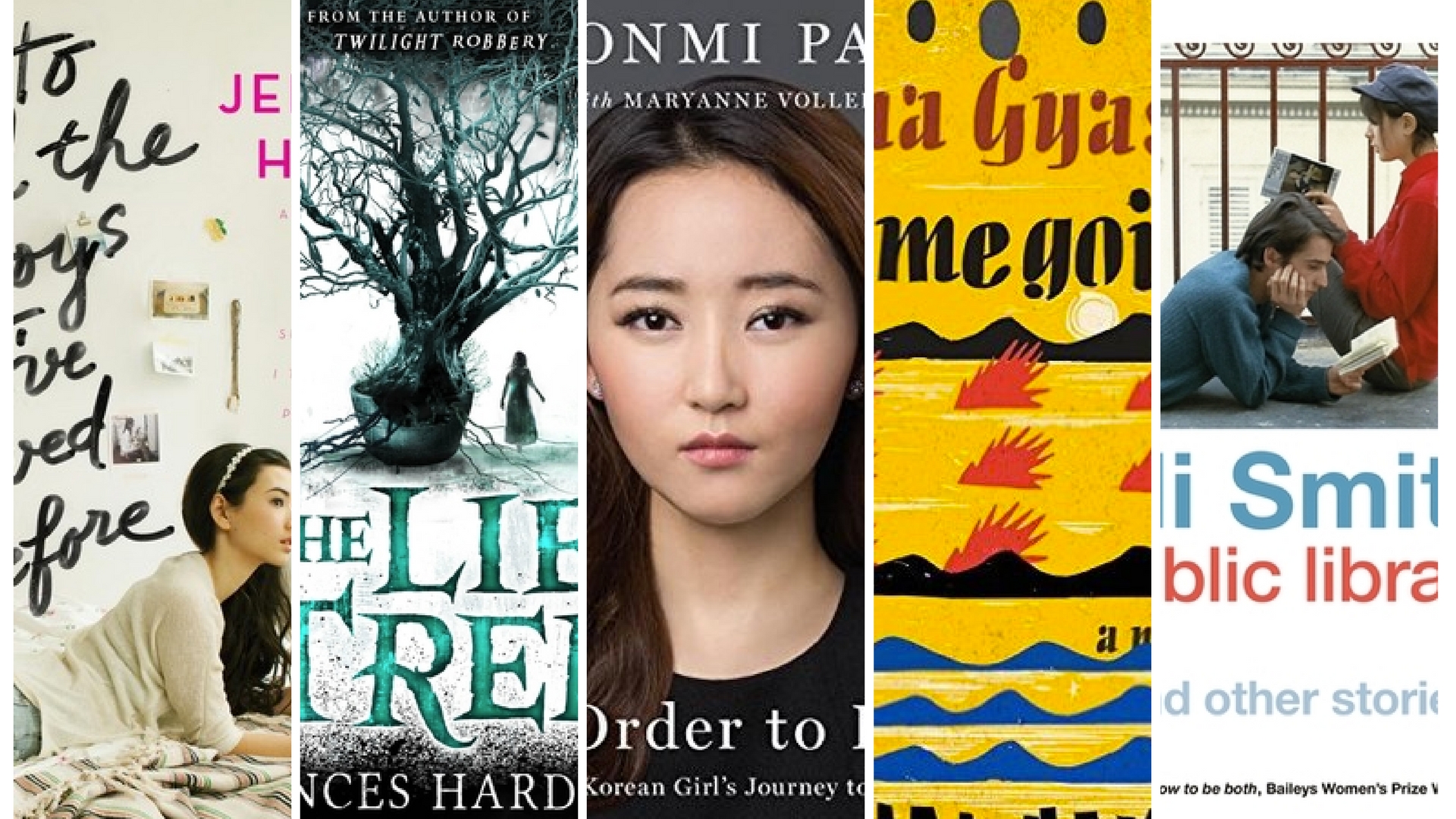 Coming at you a little late with this – but then again I’m already a little behind on my GoodReads challenge!

If you follow the lovely collab blog I help run, Blogger’s Bookshelf you’ll have seen that our team set some TBR targets at the beginning of the year of books we vow to read in 2017. I’m normally not so strategic when it comes to picking these books, but this year I wanted to put a little thought into the list.

To all the boys I’ve loved before, Jenny Han

“To All the Boys I’ve Loved Before is the story of Lara Jean, who has never openly admitted her crushes, but instead wrote each boy a letter about how she felt, sealed it, and hid it in a box under her bed. But one day Lara Jean discovers that somehow her secret box of letters has been mailed, causing all her crushes from her past to confront her about the letters: her first kiss, the boy from summer camp, even her sister’s ex-boyfriend, Josh. As she learns to deal with her past loves face to face, Lara Jean discovers that something good may come out of these letters after all.”

This book’s admittedly been sat unread on my shelf for a while. Even though the plot looks pretty fluffy, reading about people of colour in contemporary settings just goes forward to normalise their place in popular culture. I also super pumped to read a YA romance with an female Asian protagonist.

“Faith has a thirst for science and secrets that the rigid confines of her class cannot suppress. And so it is that she discovers her disgraced father’s journals, filled with the scribbled notes and theories of a man driven close to madness. Tales of a strange tree which, when told a lie, will uncover a truth: the greater the lie, the greater the truth revealed to the liar. Faith’s search for the tree leads her into great danger – for where lies seduce, truths shatter”

The Lie Tree stirred up some serious conversations about YA’s place in ‘literary culture’ when it won the Costa Book prize back in 2015. Despite this, everyone I know who’s read it has loved it, so woop woop for YA! I’m especially intrigued by the fantasy element of the book. I haven’t read a decent one in so long , so I’m hoping this can be my way back in.

In order to live, Yeonmi Park

“Yeonmi Park was not dreaming of freedom when she escaped from North Korea. She didn’t even know what it meant to be free. All she knew was that she was running for her life, that if she and her family stayed behind they would die – from starvation, or disease, or even execution.”

I, of course, need a little bit of non-fiction in my list. Whilst I could’ve listed dozens of great autobiographies and essay style novels, this one fills in a bit of a gap in my knowledge of East Asian. I don’t know much about the North Korean regime aside from what’s reported in Western newspapers, but the blurb alone for In Order To Live promises a slightly different look at the .

“The unforgettable New York Times best seller begins with the story of two half-sisters, separated by forces beyond their control: one sold into slavery, the other married to a British slaver. Written with tremendous sweep and power, Homegoing traces the generations of family who follow, as their destinies lead them through two continents and three hundred years of history, each life indeliably drawn, as the legacy of slavery is fully revealed in light of the present day.”

This one’s been doing the rounds in the book blogging community, so I’ve been desperate to get my hands on. * whispers * I’ve already started reading this and I love it already.

“Public libraries are places of joy, freedom, community and discovery – and right now they are under threat from funding cuts and widespread closures across the UK and further afield. With this brilliantly inventive collection, Ali Smith joins the campaign to save our public libraries and celebrate their true place in our culture and history.”

I feel like Ali Smith is one of those authors I feel like I’ve read but I haven’t (whoops). I’ve seriously grown to adore short story collections and one about books and libraries feels like a perfect combo for me.

Let me know if you’ve read any of these and what you thought of them if you have!