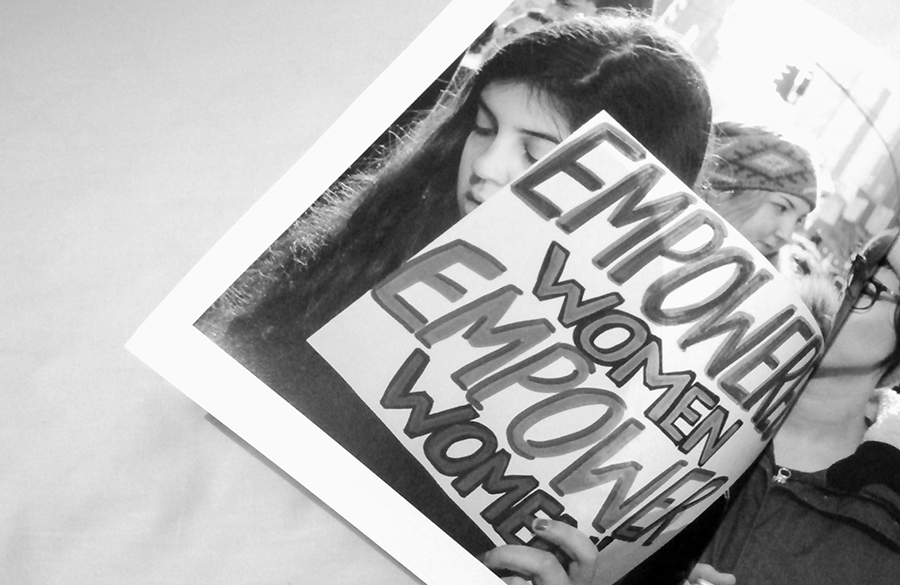 Emma Watson. Chimamanda Ngozi Achide. Selma Hayek. etc. etc. What do all these women have in common?

They all self identify themselves as feminists. They have all also coincidentally for different reasons have come under fire for their narrow views on feminism.

There’s no doubt we’re well into the current wave of the feminist movement, especially in a post-Brexit/Tr*mp society. And whilst the negative stereotypes and stigma surrounding the idea of calling yourself a feminist still (sadly) exists, you are now more likely to see public figures aligning themselves with the cause than not.

But what happens when your fave gets it wrong?

In the past few weeks alone we’ve had author Chimamanda Ngozi Achide’s recent comments on transgender women. Model and women in STEM advocate Karlie Kloss called out for cultural appropriation (again…and again) in a recent editorial spread in Vogue. Actress Salma Hayek speaking over comedian Jessica Williams at a Sundance Talk celebrating Women filmmakers (oh the irony). Emma Watson pulled out to clarify her criticism about Beyonce and women’s sexuality.

Again and again our ‘feminist heroes’ fall and we’re left asking, were they even that much of a feminist in the first place?

There are obvious ways to be a bad feminist *cough* Kelly-Ann Conway, Lena Dunham, Caitlyn Jenner *cough* and we should absolutely hold people accountable for harmful language and behaviour.

However, when it comes to some celebrity feminists, the problem with holding them as your sole role model for feminism is that their viewpoints will be inherently limited. They are just one person. They will never be the perfect advocate for the cause because their knowledge is restricted to what they know best and sometimes that means they will have gaps in their understanding and knowledge. And the feminist movement cannot rely on one or two celebrities to speak on behalf of everyone.

So who do we look to instead?

Here’s what I did after watching Achide’s Channel 4 interview . I was initially confused about how I should process her viewpoints. Achide is, after all, the women who was quoted in Beyonce’s Flawless, has written incredible books on the black experience and championed women in literature. And yet, here she is, making problematic statements and coming back with an equally problematic and defensive apology.

Instead of trying to navigate this gap in my knowledge through the voices of other cis-feminist writers, I turns to the trans community. I read articles, I listened to their views and I started following them online. They are now my point of call on these topics. They are the people adding to my knowledge bank, not Achide. I can still reference Achide when looking for voices about the black experience, but she should not be the person to call upon when talking about trans-women because she is not trans.

It’s an age old statement but feminism is not feminism unless it is intersectional. And we must all look outside celebrity feminism in order to get a more rounded picture of what our definition of feminism looks like. We need to seek out the marginalised voices and listen to their opinions, their stories and their experiences. We must be responsible for filling the gaps in your knowledge.