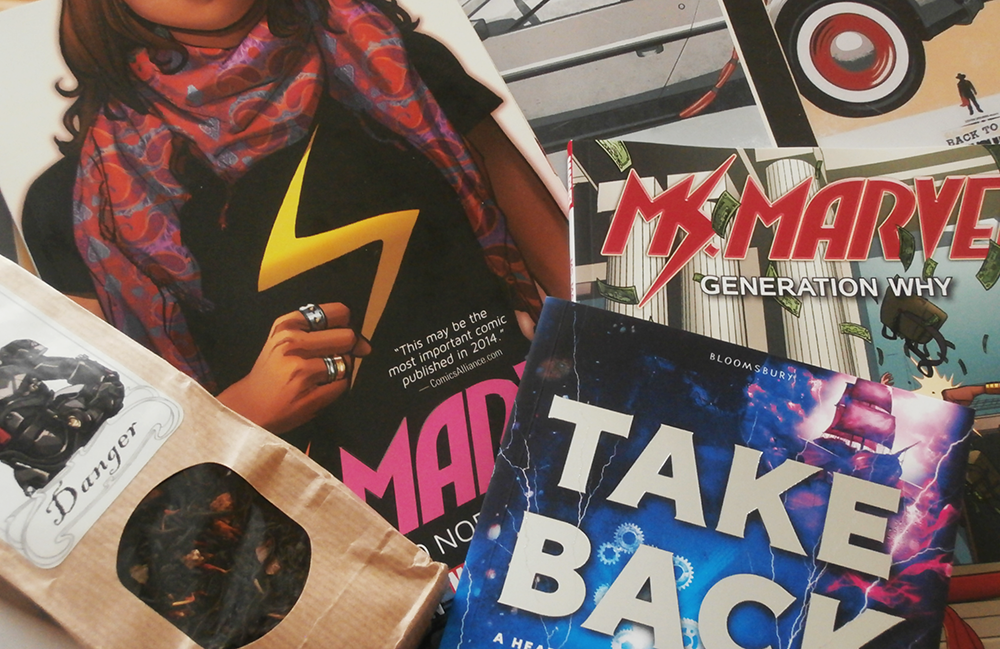 Nerdy haul alert! I was at MCM Comic Con at London’s Excel Centre this past weekend and like the n00b that I am I didn’t take that many photos actually at the convention – I blame the heat and my brain functioning on like fours hours of sleep and the fact I was too scared to ask people if I could take photos of their cosplays. Nevertheless as with any convention I was in nerd heaven with all manner of merch and geek themed paraphernalia on show but I surprised myself with how restrained I was in terms of purchases. Here are a few bits and pieces I did pick up on the day… 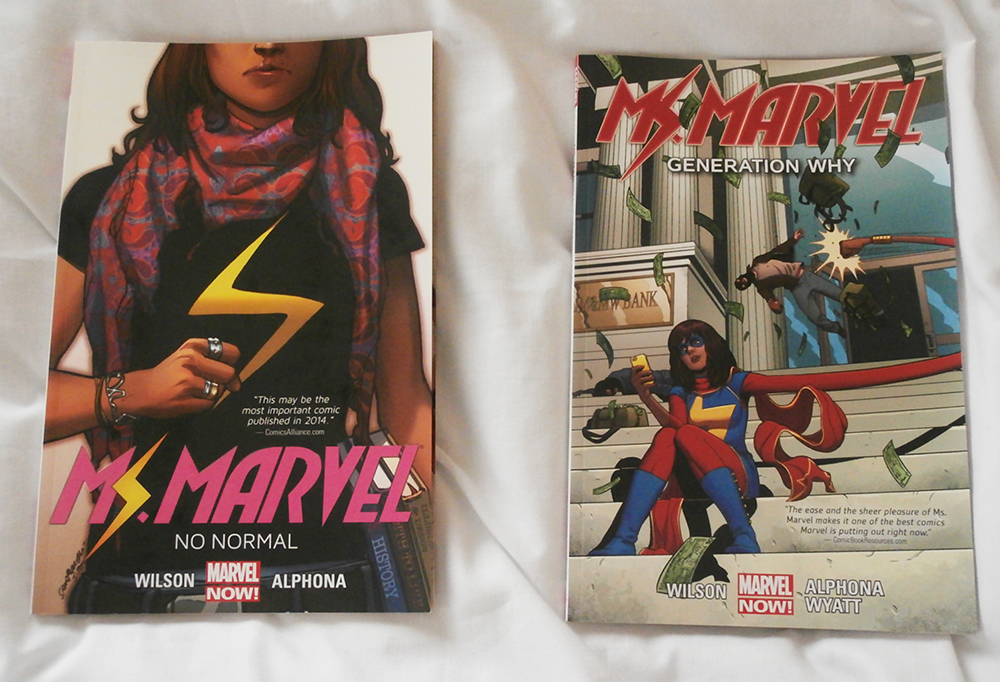 Ms Marvel: Volumes 1 & 2 (No Normal & Generation Why)
First things first the comics themselves. I’ve been slowly making my way into the comic book world via Black Widow and Silk, but the new Ms Marvel has been highly recommended by my friend Kath (well, her and the entire Internet) for ages. I picked up the first two volumes of the tradebacks, which contain Issues #1-5 and #6-11 respectively.

I’m planning on doing a proper review for Blogger’s Bookshelf soon, but as a quickie review guys, I’m so in love. It’s definitely worth a read even if you’re a comic book n00bie like me. 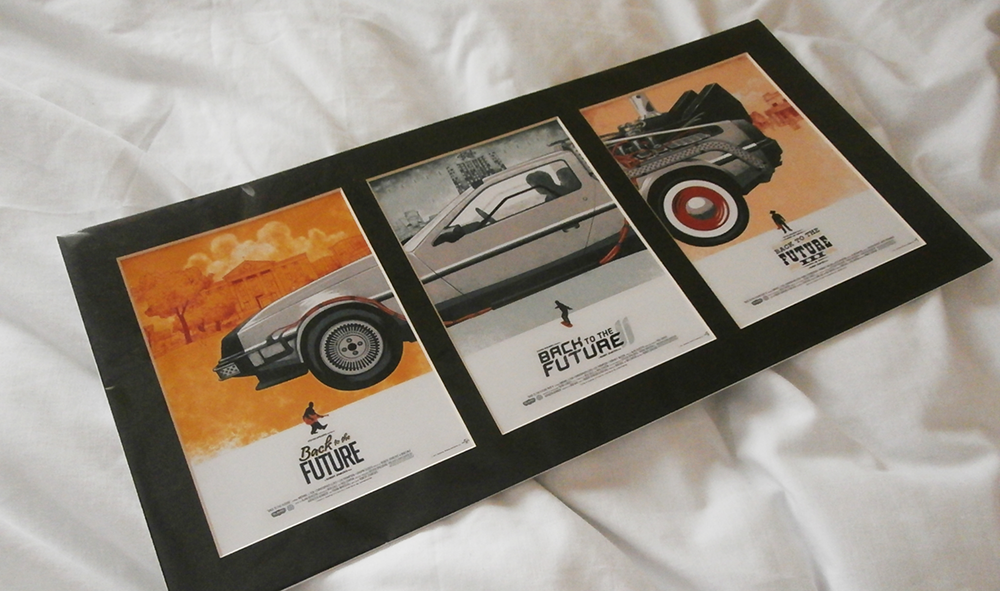 Back To The Future (parts 1, 2 & 3) print
It’s no secret I have a major love for the Back To The Future trilogy (yes even part 3, you can fight me on this!). I wasn’t even looking for Back To The Future related merch but I stumbled upon this amazing print on one of the stands and had to part my hard-earned cash for it. The design itself is so cool. I adore the way it’s managed to capture each movie within each frame, whilst having the Delorean running throughout the whole piece. 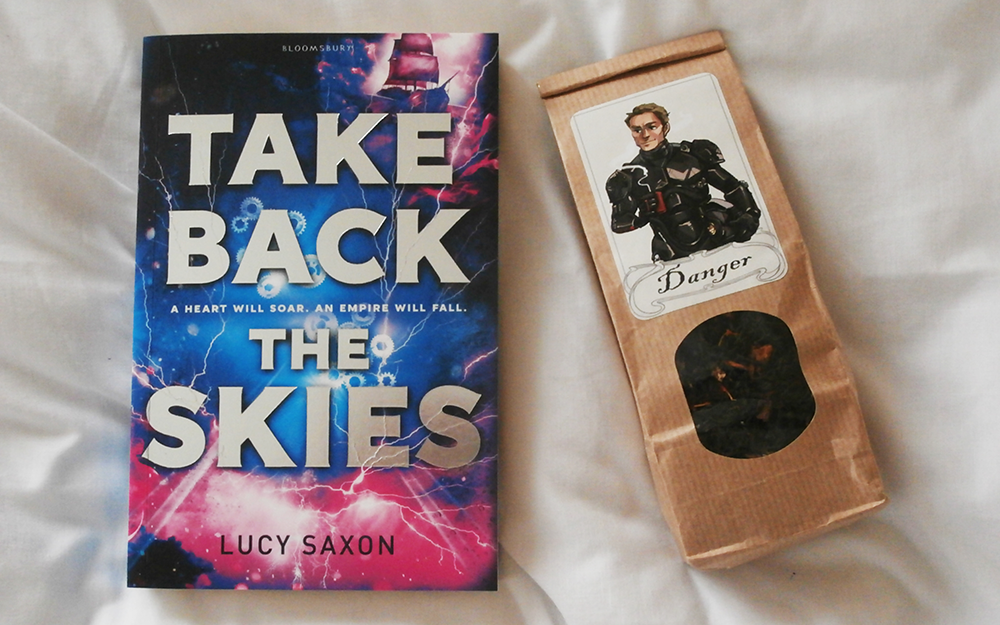 Take Back The Skies, Lucy Saxon
A convention wouldn’t be a convention without me picking up a book right? The lovely folks at Bloomsbury had a little stand by ‘comic village’ in the convention hall and of course I had to stop by. I somehow managed to resist picking up the entire Harry Potter special edition box set (soooo pretty but soooo heavy) and instead choose Take Back The Skies by Lucy Saxon. I’ve seen Lucy’s name bandied around the YA blogsphere and after flicking through the first few pages of the book, I’m super intrigued.

‘Danger’ loose tea, Beastly Beverages
This last purchase is my favourite! I almost missed this stall and if it weren’t for the incredible smell I would’ve ignored it completely. Beastly Beverages are an Independent artisan company who specialise in tea and coffee themed around characters from fandoms far and wide. Yes you heard me right. Geeky tea. Now as much as I loved the fact there were freaking Sherlock and Hobbit themed tea, I’m not much of a ’traditional’ or ‘green tea’ drinker. So I picked up their ‘Danger’ loose fruit tea (which has black tea, cinnamon, dried apple, blackberry, and safflower petals). FYI I’m about 80% sure this character is from Pacific Rim, but if any fans could enlighten me as to who this lovely gent on my tea packet is that’d be great! I’ve already tried the tea out and it’s super lush. I have a thing for blackberry tea at the moment so this is perfect! One thing I do regret is completely miss fact they also do coffee…and it’s Avengers themed (THEIRBRUCEBANNERTEAISDECAFISN’TTHATBRILLIANT??). You can bet I’ll be on their Etsy Store ASAP once they’ve recovered from Comic Con!