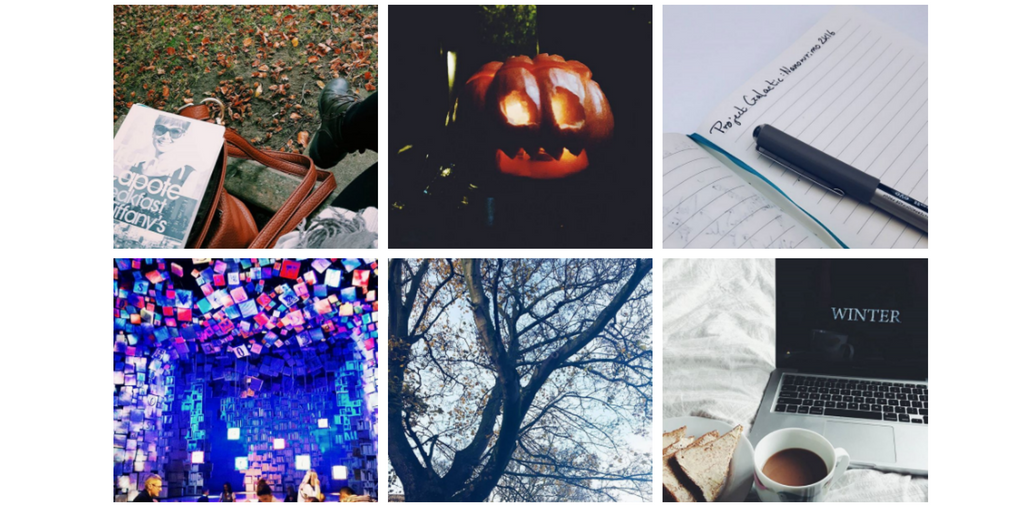 Song of the month: How Far I’ll Go by Alessia Cara

A double whammy retrospective, aren’t you in for a treat. Been a while hasn’t it?

How are you guys? I don’t know about you but I feel like I’m running on empty and charging ahead to 2017 already.

First of all Laryngitis sucks. Even as a person who doesn’t like face to face contact too much and works primarily all in the digital realm, not being able to talk to physically speak to people is goddamn hard. This stupid cold in general also set be back about two weeks. Which means two weeks of being stuck feeling sickly during October (i.e. one of my favourite months of the year *cries*)

Aside from that I’ve been nesting (or Hygge-ing?…if that’s a thing). I’ve been spending evenings inside my house, or nestled in pubs after work. I’ve been lapping up TV Shows (Gilmore Girls – obvs -, as well as current addiction ‘The Crown’ with my housemates and the regular churn of OUAT and Quantico). I’ve been working crazy hard at my actual job. All of this has mean, once again the blog has been slightly neglected over the past few weeks.

It also doesn’t help that I, like the rest of the World, seemed to get knocked back from the news of the US Election. Racism, bigotry, homophobia, xenophobia and sexism are not new things to deal with but they have been given validation now, even more so than when Brexit happened.

So I, like many others, have been trying to take the opportunity to fall back, re-group and work out what I can do next as a social justice warrior, as a feminist, as someone who wants to make a pin prick of a different in this seemingly Dystopian situation we’ve all found ourselves in.

In light of this I’ve been eyeing up changes on the blog. Nothing major, mainly types of content. You may have noticed my ‘provocative’ International Men’s Day post which garnered some colourful responses on Twitter. Despite this it’s not deterred me from posting more stuff like this, if anything it lit a fire in my stomach to try and write more content like it. That’s your teaser for the new year.

But as the festive season looms, right now I’m more in the mood to reflect on the past year and really want to enjoy this generous time of year with friends and family, just for a little bit before the real work kick starts again for 2017. So apologies if I’m a little bit absent on the blog – I already realise this post is late (sorry!).

On TMM
The issues that matter on #InternationalMensDay // What Comes Next? A look back on the US Election // Autumnal Snapshots // Self Care Tips for Social Justice Warriors // Music: Loving Lately #1