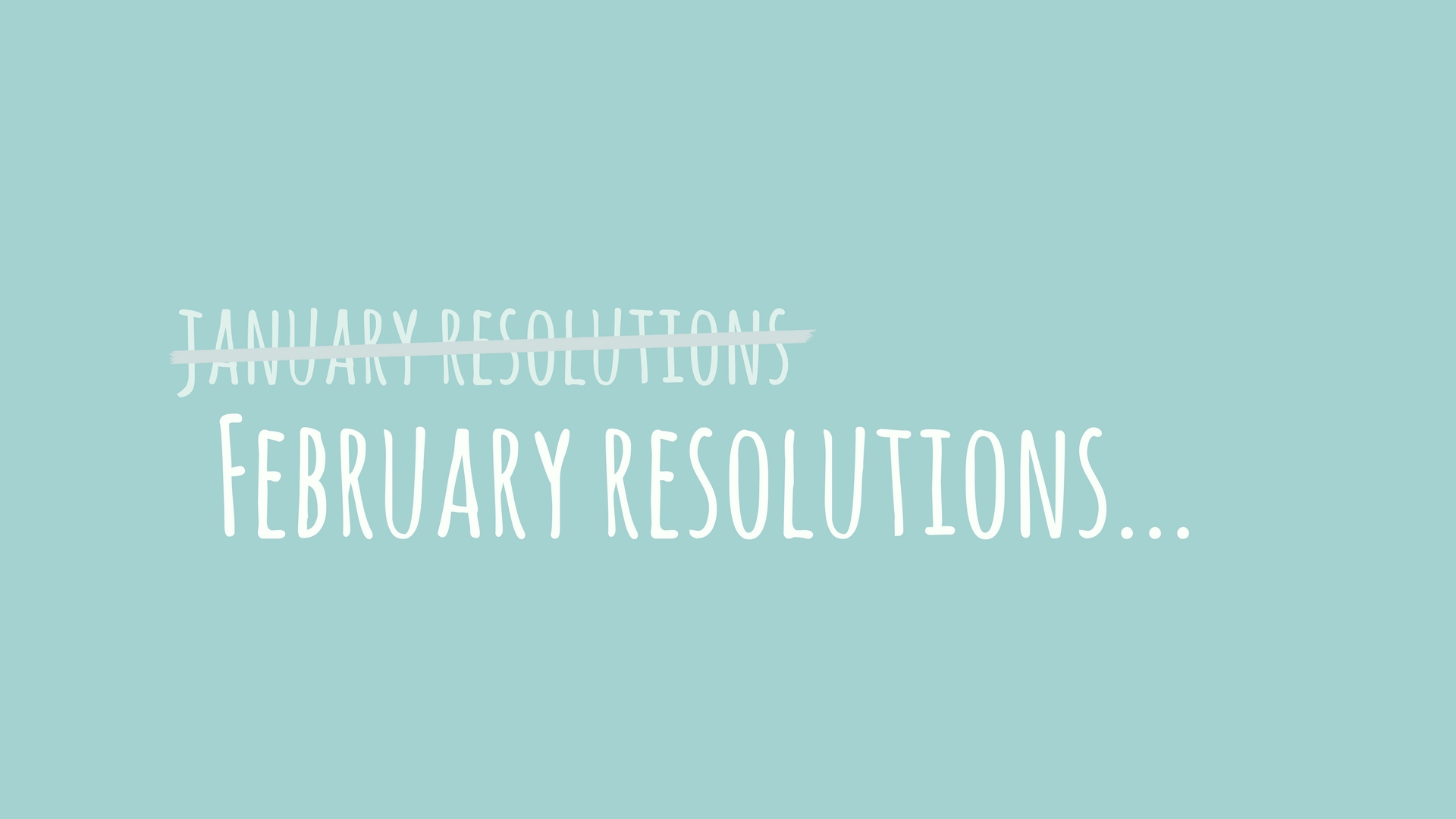 Congrats you made it to February fam. How are those resolutions coming on? Crap?

Despite the enthusiasm and renewed sense of ‘LET’S DO THIS’ I always get in January, I, like everyone around me kinda gives up around mid-month. This January has been particularly tough, so I don’t blame anyone for just saying ‘sod it’ with their resolutions – the World is burning anyway, am I right? But thinking generally, 2017 aside, the ‘New Year, New Me’ rush can get a bit too much. We’re getting new calendars and diaries, we’ve overindulged over Christmas or had time away from ‘normal’ life to reflect on the year gone by. There’s so much pressure to change right there and then.

The thing is, I think we’re all kidding ourselves thinking we’re actually ready to change in January. Because January sucks, man. We’re overly bloated, we’re (likely) skint, and we’re so so tired from the manic-ness of December.

So how about starting afresh now? In February.

Think about it. I’m gonna make an educated guess that you have a pretty good idea what you’re 2017 is looking like right now. Whether that be job changes or relationship changes; choosing to travel, or start school again, or have a family, or buy a house; or maybe you know you’ll be heading to college in September, or graduating come July. You create that outline of the next 12 months in your head within the first few weeks of the year. It’s takes you a while, it doesn’t hit you on January 1st.

For me this means taking a long hard look at my ‘balance’ goal and re-prioritising what exactly I want to balance in light of anything that’s now up and coming in 2017.

So now we’ve popped our head over the proverbial parapet of 2017, now is the perfect time to reevaluate what you’re aiming for. Any why stop at February? Life does change and this consistent approach to stepping back and re-evaluating your goals can be useful at any point in the year.

Let me know how your 2017 goals have changed already.

Are you on track? Or will you need a reset too?