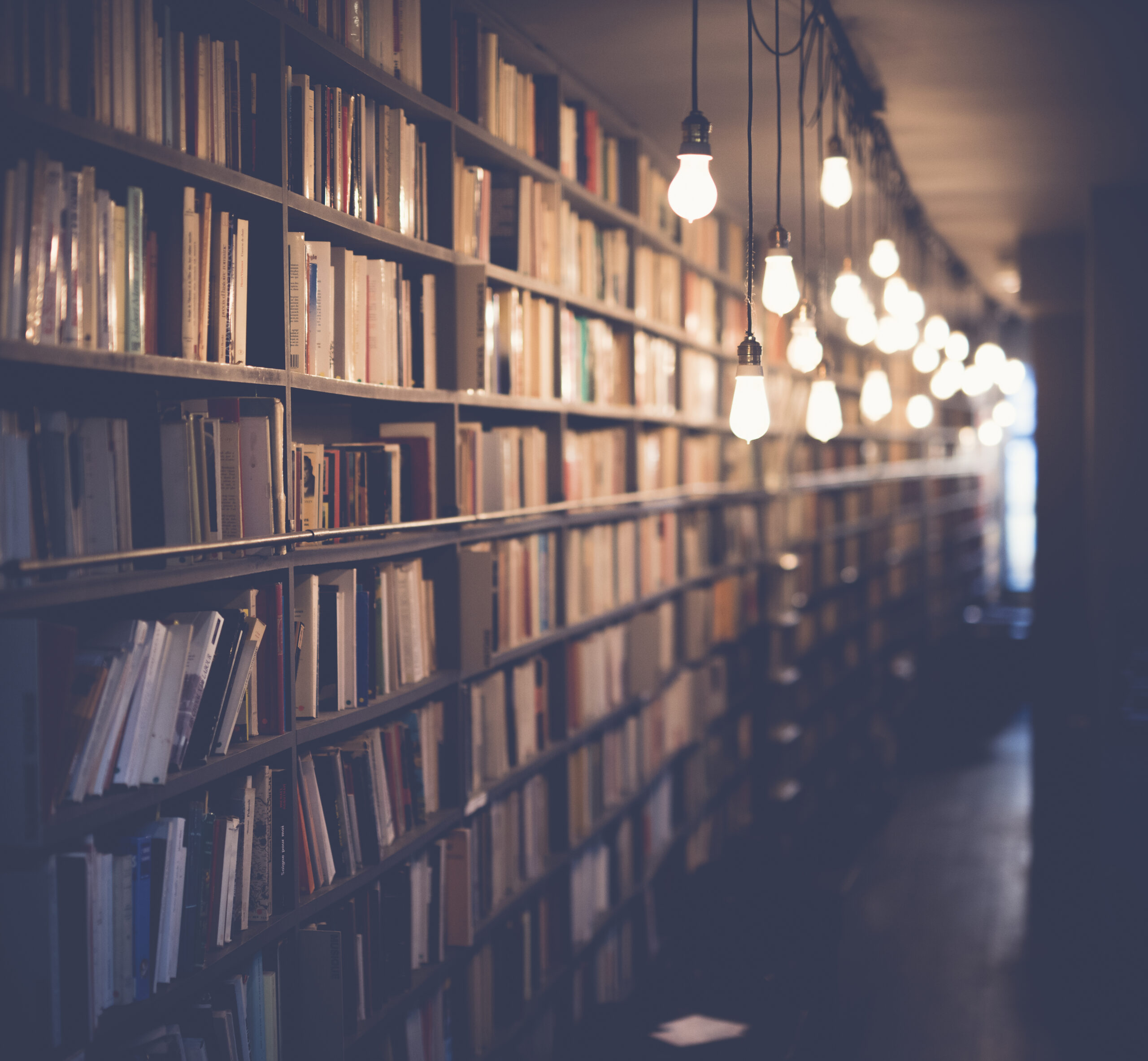 One of my fondest family rituals as a child involved hopping into my Mum’s metallic grey Golf and driving for 15 minutes to a dull rectangular building in a nearby town. It didn’t look like much from the outside but it was one of the most magical places I knew: the library. We would go every Saturday morning and spend many agonising moments trying to pick a book from the burgeoning shelves.

I remember making a beeline for a particular hidden corner, where the children’s books lived, and gazing at the colourful spines which climbed up high above my head. I have vivid memories of a lot of Enid Blyton and wondering, with great curiosity, how the grown ups ever settled on a book when they had an entire room to choose from.

My favourite memory from my school library took place one hazy afternoon in year 12. We had been sent to do some research by our French teacher and I was paired with a girl I had only just met (but who would go on to become one of my oldest friends).

I can’t think what we were researching now, or why, but I can still picture us clutching one another in fits of laughter, hiding between the shelves. We had just read the story of a man called Pierre, a French circus clown, and something in the tale had tickled us. I remember us trying to control ourselves, knowing we would be thrown out if we kept laughing, but finding it nearly impossible.

For years Pierre featured in our conversations.

My relationship with the library at university was one of two halves. For the first two years, it was a place of wonder, a throwback to my childhood as I searched the rows. I would sit at one of the computers, testing my ability to track down texts with clever search terms, and jot down references in my notebook before setting off on a mission to find them.

I studied English which meant that a multitude of subjects could help me with my assignments. I would haunt the literature section the most, but also ventured into philosophy, psychology, history, politics… I took great satisfaction from tracking down just the right book to make my case. Once found and taken out, I would squirrel them away to my bedroom where I would comb the pages for the perfect turn of phrase.

In third year, however, the library became the hive of productivity. I remember a solid week spent with friends sat in the group spaces, hoping that the setting would inspire the focus needed to take our dissertations from our heads onto the page.

Facebook recently reminded me of this time (now a terrifying six years ago) with a series of photos I titled: despair in the library.

In March I stepped into a library for the first time in five years. For some reason, after university, the library stopped feeling like a natural place for me to be. As though because someone else hadn’t handed me a library card there was no longer any reason for me to go there. Instead, I would stock up on books from my local Oxfam shop and occasionally splurge in Waterstones. For years, reading became a sideline activity, crammed into cross-London commutes and binging on holiday.

So, what made me venture back into that space? Well… I’m writing my own book. The idea came to me out of nowhere in January as I was walking down Whitehall. Just like that it appeared in my head. I feverishly scribbled down my ideas when I arrived at a cafe in Piccadilly (where I was meeting a date a short while later) before grinning in disbelief at the words on the page. This was my novel.

Naturally, I then sat on the idea for a good couple of months, terrified of starting it and getting it wrong. Then March came around and I took a week off work to do nothing at all. Life had been busy and I just wanted to relax in London and take a moment to breathe so had planned nothing. As the time off approached, I realised there was actually one thing I really wanted to do with my time off. I wanted to write and I wanted to focus on my book.

I knew I needed to do some research and wanted to find out all sorts of things to feed into my narrative and character backgrounds but didn’t have the money to invest in all the books I would need. All of a sudden the library became an obvious choice again.

It only took a few moments to register and I felt a flash of that familiar old excitement as I walked in, new membership card in hand. All these old memories came flooding back and it felt like rediscovering a lost part of myself. Who knew there was such a thing as nostalgia for the dewey decimal system? It’s amazing how one small room of books can evoke so much.

That same day I hit my maximum limit of loans and put in a few reserve requests too. I’m ready to find that magic again and, who knows, maybe one day my book will sit on a library shelf.

Lucy Goodwill is a writer and charity worker based in North East London. You can find her on Twitter at @lucygoodwill (or probably in the library).

I’m so stoked to share this post with you guys! Lucy was one of the lovely ladies I met on my Write Like A Grrrl course in London and she’s a fantastically creative. Isn’t this piece here just lush?! I often forget what wonderful places libraries are.